Rabat - Deputy Speaker of the House of Representatives (Lower House), Chafik Rachadi, held talks here on Thursday with Greece’s Deputy Minister of Foreign Affairs Dimitris Mardas, who is on a working visit to Morocco at the head of a delegation. 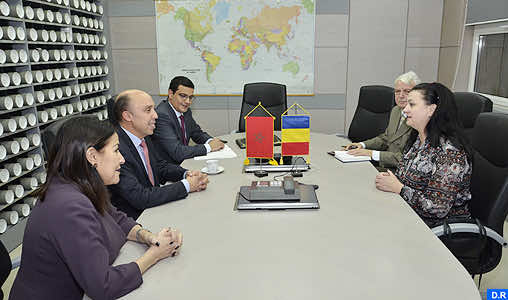 Rabat – Deputy Speaker of the House of Representatives (Lower House), Chafik Rachadi, held talks here on Thursday with Greece’s Deputy Minister of Foreign Affairs Dimitris Mardas, who is on a working visit to Morocco at the head of a delegation.

Talks focused on the means to further strengthen economic relations between Morocco and Greece as well as on other issues of mutual interest.

On this occasion, Rachadi praised the strength of the historical relations between the two countries and highlighted reforms implemented in Morocco in recent years, the House of Representatives said in a statement.

He also stressed the need to develop economic and trade relations between the two countries and gave an overview of the major economic projects in Morocco.

In his turn, Mardas hailed the excellent relations between Morocco and his country, and expressed Greece’s determination to strengthen these ties in all areas.

The Greek official commended Morocco’s leadership in the field of renewable energy, and called for the signing of economic and trade partnerships between the two countries in this field in particular.

Mardas said that Morocco-Greece joint economic commission will be held next year and will be marked by a strong participation of businessmen and investors from both sides. 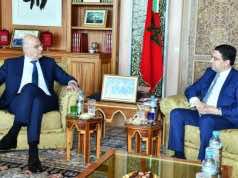 Greece and Morocco Establish Chamber of Commerce in Athens