New York - Polisario Front allies called for a meeting yesterday of the U. N.  Security Council to stop the construction of a road in Guergarat.  But to no avail. 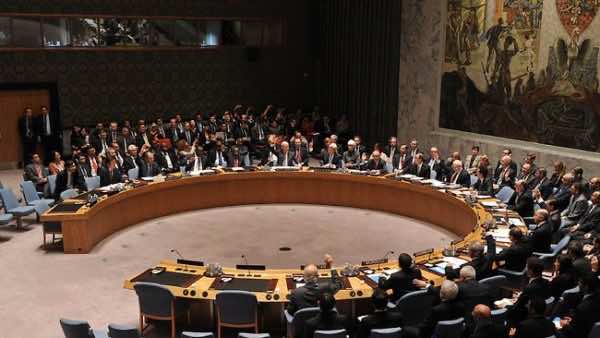 New York – Polisario Front allies called for a meeting yesterday of the U. N.  Security Council to stop the construction of a road in Guergarat.  But to no avail.

For the second time this month, the U.N. Security Council failed to address the roadbuilding project which Morocco undertook to connect to Mauritania giving tacit approval for its continuation.

The list of allies is not new. Algeria, Venezuela, Uruguay and Angola pressed the UN Security Council to address an issues that is not contested nor an emergency.

Instead, the U.N. Security Council busied itself with a more pressing issue:  Syria.

“Syria is bleeding. Its citizens are dying. We all hear their cry for help. As humanitarians we are doing all we can,” UN Emergency Relief Coordinator Stephen O’Brien told the 15-member Council today.

The Security Council scolded the Polisario Front about violating the military agreement Number 1 of the 1991 ceasefire agreement by installing armed combatants and fortifications (tents) in the buffer zone.

In response to Morocco’s police activity in Guerguerat and road building project, the Polisario Front sent 36 armed militants to try and stop the road construction. The move caused U. N. Secretary-General Ban Ki-moon to say he was “deeply concerned” about the tensions in the Guergarat region.

The U. N. Mission (MINURSO) is responsible for monitoring the ceasefire agreement and reporting any and all breaches in the buffer zone by military personnel.

According to some diplomats close to the Algerian delegation, Algerian Foreign Minister Ramtane Lamamra stayed in New York all week to mobilize his country’s allies for this important meeting without the result they anticipated.

The only ambassadors to attend the U. N. Security Council meeting were from Algeria, Venezuela and Uruguay. Other countries were represented in the Security Council by political coordinators and experts indicating a disinterest in discussing the complaint of the Polisario Front for a second time.

The government of Morocco has said it is committed to the completion of the road in Guerguerat into Mauritania as a means to protect its sovereign borders and its citizens from the problems of smuggling and terrorism.