Morocco World News
Home News Morocco Benkirane: We Have No Connection with the Muslim Brotherhood

Rabat - The Secretary General of Justice and Development Party (PJD) Abdelilah Benkirane dissociated his party from the Muslim Brotherhood. 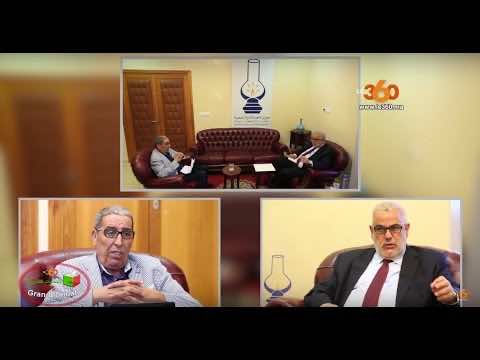 Rabat – The Secretary General of Justice and Development Party (PJD) Abdelilah Benkirane dissociated his party from the Muslim Brotherhood.

In an interview with the Moroccan French-speaking news source, Le360, Abdelilah Benkirane, the leader of the PJD and head of the current government, denied all connections with the Muslim Brotherhood in Egypt, Tunisia, and other Muslim countries.

The interview host began the interview by asking Benkirane about the reason behind his desire to speak in French in the interview. Benkirane responded that there is a segment of the Moroccan population that speaks French, and that is exposed to “poisonous” French-speaking news sources.

“I have the impression that there is a segment of the Moroccan population that is Francophone, which is somehow exposed to some sort of intoxication concerning my person and the PJD,” states Mr. Benkirane.

The interviewer then asked Mr. Benkirane if the PJD is a copy of the Muslim Brotherhood in Morocco. Benkirane denied the connection, saying, “It is part of the intoxication” of the Moroccan media:

“It has been over 30 years that I’m repeating this to those who want to listen. Not only we are different from the Muslim Brotherhood, but also we have no relationship with them. We don’t resemble them. In our beginning, in the 1970’s, we read the books of the Muslim Brotherhood, and we are not embarrassed to say it. But later we evolved into what we are now.”

Abdelilah Benkirane continued that those who started the rumor have overused all the accusations and concoctions against him and his party, and have now resorted to such claims before the elections.

“They are trying to convince people that the difference between us and other parties is ideological, that is between conservatives and modernists. It is not true,” he said.