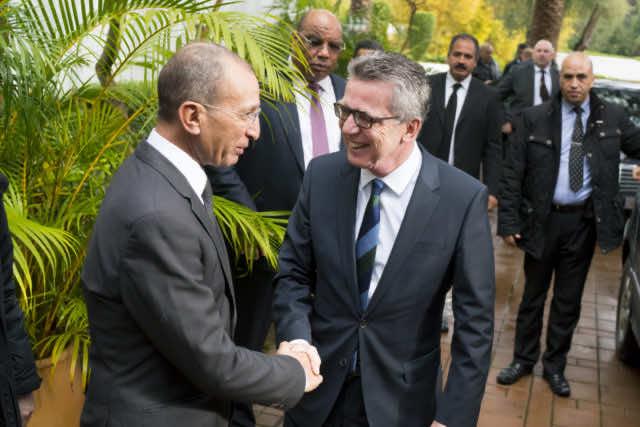 On this occasion, Hassad expressed Morocco’s will to strengthen its cooperation with Germany in security and migration issues.

Hassad announced the forthcoming signing with Germany of an agreement that covers all aspects of cooperation on security issues, including the fight against money laundering, organized crime, drugs trafficking and terrorism.

Morocco’s Cooperation with Germany in the fight against terrorism “will continue to improve to reach similar levels to those we have reached with other countries like Spain,” he added.

Regarding illegal immigration, the minister said that his visit to Germany reaffirms Morocco’s will to ease the return of illegal immigrants, particularly those who entered the German territory in the context of the migration crisis following the situation in Syria.

It is, however, a complex operation as the people concerned do not have identity documents and often argue that they are of a particular nationality, he noted, adding that a team of Moroccan experts will work with German teams to address all aspects related to this issue so that the situation of Moroccans who are legally established in Germany is not affected by the behavior of some people who claim to be Moroccans.

In his turn, the German Minister said talks focused on the means to boost bilateral cooperation in security issues through a bilateral agreement to be signed shortly. The German official voiced his country’s will to develop cooperation with Morocco through joint operations in the fight against terrorism and organized crime.

He added that thousands of Moroccans live in Germany legally and are perfectly integrated, noting that their situation should not be influenced by the behaviors of a minority of illegal immigrants