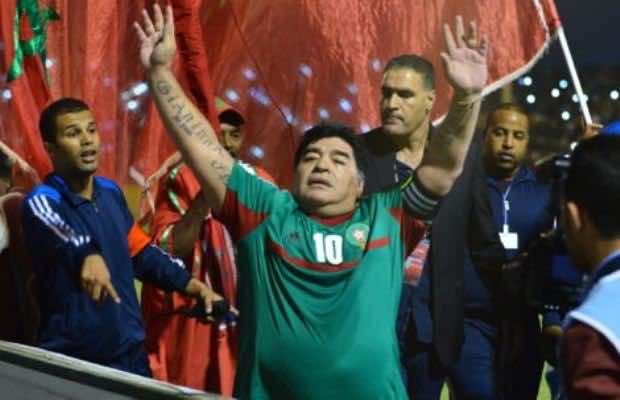 The stadium is being reconstructed in preparation to host the gala match and the Throne Cup on November 18, according to Hesport.

Upon his arrival in Morocco, Maradona said, “This is my first visit to Morocco, but hopefully it will not be the last.”

“I loved the warm hospitality I received and this is what I cherish most,” he said.

The worldwide legend drew  theattention of the Moroccan press by showing his admiration for the Moroccan traditional dance and by wearing the regional Saharan outfit. He also took the opportunity to visit Marrakech during his four-day trip.