Rabat- Egypt has denied that it extended any invitation to delegates of the self-proclaimed Saharawi Arab Democratic Republic (SADR), hours after the latter appeared as posing for a snapshot with coup President Abdelfattah El Sissi in Sharm El-Sheikh resort. 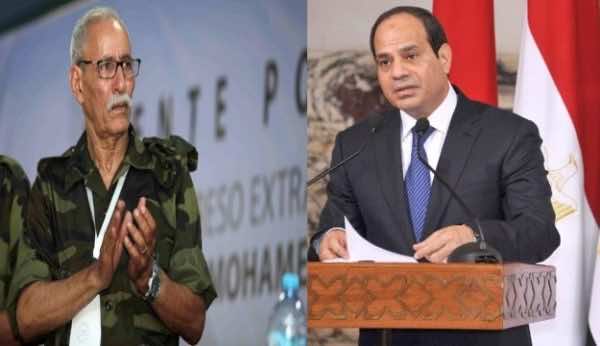 By
Safa Othmani
-
Safa Othmani is a Tunisian academic and university teacher.
Oct 17, 2016
Spread the love

Rabat- Egypt has denied that it extended any invitation to delegates of the self-proclaimed Saharawi Arab Democratic Republic (SADR), hours after the latter appeared as posing for a snapshot with coup President Abdelfattah El Sissi in Sharm El-Sheikh resort.

The denial was released hours after self-styled Polisario delegates showed up on social media networks as shaking hands with El Sissi while wearing SADR-marked ribbons, in a move that sparked torrential criticism from the Moroccans.

“The Egyptian parliament did not extend any formal invitation to the Polisario Front to attend the   commemoration of the parliament’s 150-year anniversary,” said Heikal.

He added that the parliament bears no responsibility, whether direct or indirect, for Polisario’s stopover in Egypt and that it has no prerogative power over invitations to the Arab-African parliamentary congress.

“Egypt is just the host country. The African parliament is the only party eligible to extend invitations,” Heikal noted.

Roger Nkodo Dang, President of the African Parliament, firmly denied having raised the Polisario flag during the celebration marking the elapse of 150 years since the Egyptian Parliament was first sworn in.

He added that the flag was not even raised during the joint opening session of the Arab and African parliamentarians staged in tandem with the Egyptian ceremony.

“The flag was only used during the sessions of the African Union and the Pan-African Parliament, of which Polisario is a member,” stated Nkodo.

Speaking in statements to Egyptian media, Nkodo maintained that Egypt abstained from lifting the flag of the breakaway front during the meetings that it has organized because it does not reckon any legitimacy to the Polisario Front.

Nboko added that he had a handle on Cairo’s position and backed up its snub, both in the celebration and in the joint inauguration session.

Talking about his visit to Morocco ahead of the Pan-African Parliament held in the Red Sea resort of Sharm El-Sheikh, the African official said the trip culminated in a meeting with the Speaker of the Moroccan Parliament.

“We have a friendly relationship with the Moroccans and we look forward to a divergence of attitudes because the main goal of the African Parliament is that Africa becomes a single voice speaking up for the entire continent,” he asserted.

According to Pro-Polisario media outlets, the dissident SADR delegation popped in Cairo to attend the Arab-African Parliamentary Congress which was held a few days ago in Sharm El-Sheikh.

For the breakaway Polisario Front, Egypt’s denial of the invitation represents a heavy slap on the face at a time when it has been hunting for allies to split up Morocco’s territorial integrity.

Snapshots of El Sissi shaking hands with Polisario chieftains sparked torrential criticism. The move was dubbed as a stab by Egypt’s coup regime in the back of the Moroccan people, for whom the Kingdom’s territorial integrity could never be turned into a bargaining chip.