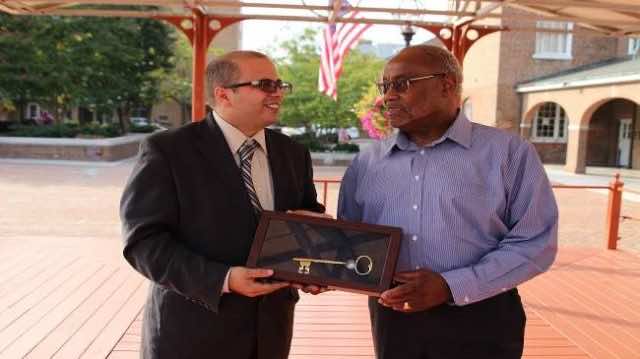 The award was given in recognition of the efforts and services that El Hajjam has rendered to the city and to the Moroccan community living in the United States for the past 20 years.

In an exclusive interview with Morocco World News, El Hajjam said, “Getting this key means a lot to me because it means a lot to my mom.”  He said for an immigrant who had started out his life in America selling hotdogs on the streets of New York, and risen to become CEO of a successful company, the award had made his mother and kids very proud.

“This was an unbelievable honor for me as a Moroccan American.  It really shows that the American Dream is alive and well.  If you believe in yourself, you can do it.”  He acknowledged that all along the way “there were people behind me who helped me get this key. I want to thank the people who believed in my crazy ideas and helped me make them happen.”

The former mayor expressed his admiration for the El Hajjam’s efforts. He views El Hajjam as a role model in the United States. “El Hajjam has managed to integrate quickly in the United States by forging links with politicians, businessmen and diplomats.”He added, “Mo always serves his native country, especially on the issue of the Western Sahara.”

El Hajjam’s background is in journalism, having for many years shot film coverage of U.S. events, including this year’s Democratic National Convention, for SNRT, the Moroccan state-owned TV station.  He now owns a thriving audio visual business specializing in light and sound.  He has provided custom AV services for many companies and organizations and large events in the DC Area and beyond.

Founded in 1749, Alexandria is one of the older cities in the U.S., and historically one of the busiest ports in the nation. Holding the Key to the City, El Hajjam now can access all of Alexandria’s rich historical sites, including the Alexandria Archaeology Museum, The Lyceum, Lee-Fendall House Museum, Friendship Firehouse Museum, Black History Museum, Stabler-Leadbeater Apothecary, Fort Ward Museum, Gadsby’s Tavern Museum, and Carlyle House.

El Hajjam offered the following encouragement: “For every Moroccan, if you have dreams, just know that if you work hard, you can make them happen.” 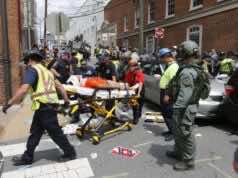 Clashes on eve of Egypt referendum 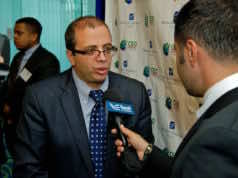