Casablanca - Popular Argentinian soccer player Diego Armando Maradona is the first to have arrived to Casablanca this Friday ahead of the Laayoune Gala Match, commemorating the 41st anniversary of the Moroccan Green March. 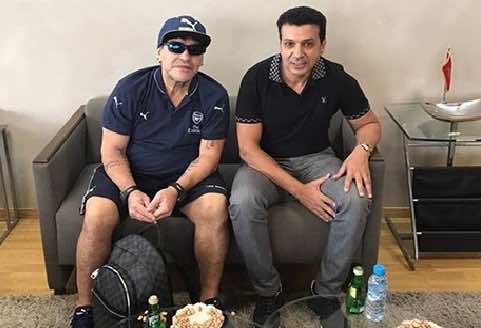 Casablanca – Popular Argentinian soccer player Diego Armando Maradona is the first to have arrived to Casablanca this Friday ahead of the Laayoune Gala Match, commemorating the 41st anniversary of the Moroccan Green March.

Every November 6, Moroccans celebrate in commemoration of the Green March, where in 1975, 350,000 unarmed Moroccans marched into the Sahara to force Spain to hand over the Spanish Sahara to Morocco.

Maradona will soon fly towards Marrakech for a press conference before heading to Laayoune for the Gala Match.

Many soccer stars are expected to attend the event, including Rivaldo, Abédi Pele, George Weah and Alessando Altobelli, among others. Many Moroccan soccer players will also be in attendance.

The Gala Match, which will be held on November 6 at the Cheikh Mohamed Laghdaf stadium, will also be broadcast to 22 other Arab countries. Last year, a video of Maradona dancing to Moroccan folkloric music outside the stadium was widely shared.

Maradona will also be in attendance at the COP22 in Marrakech from November 7th to the 18th.