Casablanca — COP22 President Salaheddine Mezouar published a statement on Wednesday, November 9 maintaining that the United States has a responsibility to respect the promises made vis a vis climate change. 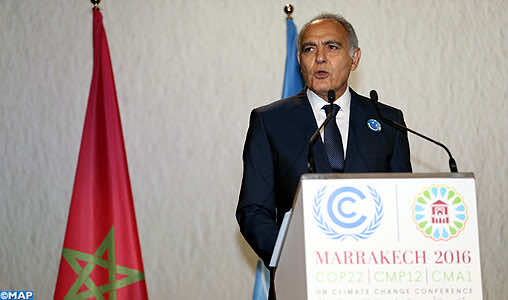 By
Ghita Benslimane
-
Ghita is a Moroccan native and a graduate of Boston University’s Film and Television program.
Nov 10, 2016
Spread the love

Casablanca — COP22 President Salaheddine Mezouar published a statement on Wednesday, November 9 maintaining that the United States has a responsibility to respect the promises made vis a vis climate change.

Until Mezouar’s statement, the COP22 committee had not reacted to Donald Trump’s election to be the next President of the United States.

Trump had previously made very hostile comments about his position regarding climate change, even going as far as claiming that global warming is a hoax perpetrated by China.

Though the United States had previously ratified the Paris Agreement, it can get out of it by the end of four years. Besides, without actually acting on the agreement and making important steps to reduce CO2 emissions, the agreement won’t accomplish the goals it set in Paris.

“Now that the Paris Agreement has gone into effect, all countries have a responsibility to pursue all the plans made up until now,” said Mezouar’s statement.

“We are sure that all parties will respect their commitments and maintain the cap within the framework of this collective effort,” it added.