Casablanca — FIFA president Gianni Infantino confirmed he will be present at the Morocco-Ivory Coast soccer match set to take place tonight in Marrakech.

Casablanca — FIFA president Gianni Infantino confirmed he will be present at the Morocco-Ivory Coast soccer match set to take place tonight in Marrakech.

Rumors swirled around indicating that Infantino would attend the November 12 match between, but it was just recently confirmed that the FIFA president would miss other important European matches and instead fly to Morocco to attend the match at the Stade de Marrakech.

Fouzi Lekjaa, who was elected in 2013 as the Royal Moroccan Federation of Soccer’s president, has proven his PR skills once again in his ability to secure the FIFA president’s attendance.

45-year-old Gianni Infantino was part of the UEFA, the Union of European Football Association, for 15 years and its general secretary for the for the last seven before being elected as FIFA’s president earlier this year. Upon his election, he promised onlookers to “bring football back to Fifa.”

The match will be broadcast on live television at 9 PM local time on November 12. 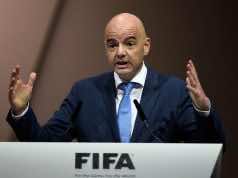 Gianni Infantino to Serve as FIFA Chairman for 2nd Term 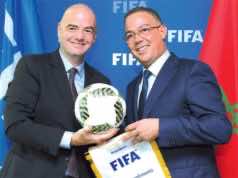 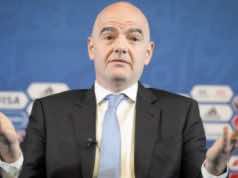