Rabat - Dutch right-wing leader Geert Wilders doubled down on his anti-Moroccan immigrants stance in a provocative tweet on Wednesday. 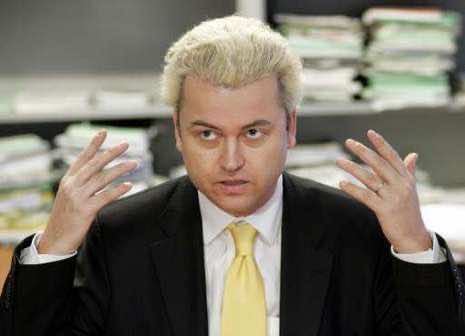 Rabat – Dutch right-wing leader Geert Wilders doubled down on his anti-Moroccan immigrants stance in a provocative tweet on Wednesday.

“Netherlands has a huge Moroccan problem,” Wilders, who leads Holland’s Freedom Party, posted. “Complete silence does not help. If I win the elections next year, I’ll make the issue a top priority.”

Republican candidate Donald Trump won the elections in the United States last week on an anti-immigration platform targeting Muslim and Mexican immigrants, which seems to have given Wilders an optimistic outlook on his 2017 election prospects.

“Of every ten Dutchmen, there are six who are against immigration and ten percent of the prison population is of Moroccan descent,” Wilders added in another tweet. “Moroccans seeking asylum in the Netherlands are only pickpockets and perverts,” he said, just one day after making the suggestion that immigrants from the North African nation should be packed on a bus and sent to Belgium.

Wilders is currently facing legal action for inciting hatred against Moroccan immigrants and questioning their right to come to Holland. The trial started on Wednesday and will continue through November 25th. He could be fined a maximum of 5000 euros if convicted of hate speech.

In a new video posted on the parliamentarian’s website, Wilders said he considered the lawsuit, filed by the Dutch-Moroccan Alliance (SMN), to be an infringement on his freedom of speech as he believes “millions of people” agree with his anti-Moroccan immigration stance.

Wilders is being sued for in incident that occurred during his March 2014 campaign for office, when he asked a crowd of supporters if they wanted more or fewer Moroccans in Holland.

The incident stirred a wave of discontent among Dutch-Moroccans, who filed over 6400 complaints in protest against the politicians’ hate speech.