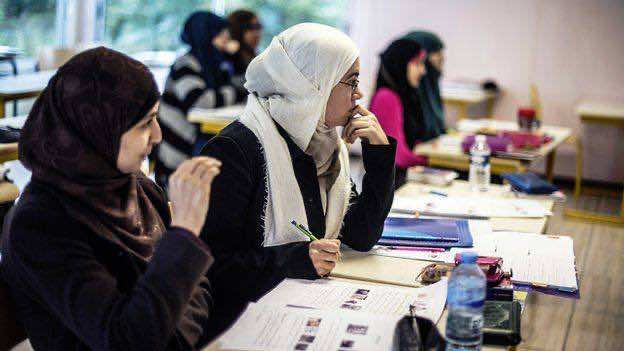 Rabat – Since the first dawn of modern societies, education has been considered to be among the strongest pillars upon which advancement and productivity are based. Education, indeed, is a means through which knowledge can be conveyed and preserved from one generation to another. However, when the process of transmitting knowledge into the upcoming generations is ill-formed, education, hence, becomes « A system of imposed ignorance » as Noam Chomsky has said.

It is, de facto, undeniable that Morocco has begotten a myriad of intellectuals in various fields, some of whom are known worldwide. Yet, the irony lies, with very few exceptions, in these intellectuals’ being unsatisfied with Morocco’s educational system. A good example is Mahdi Elmandjra, who was an outstanding, yet marginalized figure that had studied up to his baccalaureate in Morocco, Rabat. He, indeed, had never been satisfied with the educational system of his beloved country, and had critisized it in many an occasion. Hence, the question emerges, what is wrong with our educational system ?

If it is to be put under scrutiny, our educational system has many gaps. Over time, these gaps have been trivialized by the people ; yet, if not noticed and worked upon to be filled, appreciable progress cannot be achieved.

The first and, to be frank, fiercest issue that our educational system has, is teaching the student to be satisfied with giving supremacy to unsupported claims over evident theories. To demystify, pupils study in « The scientific Activity Book » or what could be transliterated as « Anachat Al Ilmi » of the sixth grade of primary school the lesson of Archaic Humans. This lesson aims at showing the pupil the history of our kind and how we have developed into what we are today. In other words, that lesson aims at teaching the pupil, whose mind cannot fathom complex ideas yet, the concept of human evolution, by elucidating the aspects that underlie the emergence of anatomically modern humans.

This lesson is a conspectus used as a preface to Darwnian Evolution, which is to be studied later on, and which apparently clashes with the religious beliefs of many a person, as well as with what is contained in « Islamic Education Book ». At this stage, it is the responsibility of the teacher to enlighten the path of these pupils through helping them acquire a critical sense of thinking that can enable them to adopt what has the strongest evidence. Yet, this does not happen in most cases. Having a frail sense of critical thinking, the Moroccan sudent is easily persuaded to believe in what is pseudoscientific and has no strong evidence whatsoever, instead of searching, critisizing and discovering the truth, though there are exceptions. A good example of this is medical students, whom I highly respect, in our universities who believe in creationism, though their whole study is based upon Darwinian Evolution.

In addition to what has been mentioned above, the method using which pupils are being taught also proves to be deficient. Even in scientific school subjects, the pupil is put to getting used to internalizing information, and giving it back to the teacher on the day of the exam to get a good grade. This leads to being a passive learner that can only be injected with information, and who is totally incapable of searching for information, or of creating new ideas. In other words, pupils become a sort of programmed robots that are in no way going to do but what they have been programmed to do, which leads to the death of creativity.

As children, people are born with an insatiable desire to know, but this desire is altered in schools into an insatiable desire to graduate and get a job. Our educational system fails in seeding the student with the idea of learning for the sake of knowing, and prevails, on the other hand, in seeding the idea of learning for the sake of having a decent job. As a result, many a Moroccan student specializes in what they abhor for the sake of a bright future, which hinders them from reaping the fruits of a whole academic career, and which deduces the whole academic career in a sum of money that they begin to receive as they start to work.