Fez – Burmese security authorities are being accused of committing extreme acts of violence against Rohingya Muslims, according to daily reports submitted to the UN describing a gruesome number of rapes, assaults and killings.

Amnesty International has charged that Myanmar police and the Burmese military committed murder, torment, assault and looting in a recent report. It accuses them of ethnic cleansing during retaliatory attacks which took place following an assault on police by militants who were predominantly Rohingya. The military admits to then launching an anti-insurgency operation in late October but has denied that any atrocities took place.

In a report based on interviews, Amnesty International has described the military’s security campaign as “vicious and disproportionate.” According to eye witness accounts, included in the report, soldiers fired at men, women and children and destroyed entire villages.

Burmese authorities have denied their troops committed any human rights violations, with government authorities going as far as asserting that the armed forces were, in fact, searching for the “terrorists” behind the October 9th assaults on police in which nine officers were murdered.

Rafendi Djamin, Amnesty International’s Director for Southeast Asia and the Pacific, has said that “While the military is directly responsible for the violations, Aung San Suu Kyi has failed to live up to both her political and moral responsibility to try to stop and condemn what is unfolding in Rakhine state.”

Although Rohingya Muslims have lived in Burma for generations they have been denied citizenship in the nation of 50 million and therefore are seen as one of the most oppressed minorities in the world. Over 120,000 Rohingya Muslims have been brutally taken out of their homes and been imprisoned in squalid camps, being denied healthcare and education. Those who have tried to escape such dire conditions have either become victims of human trafficking or held for ransom.

Zeid Ra’ad Al Hussein has stated that the government has taken a “short-sighted, counterproductive, even callous” approach to the crisis. Many civilians have crossed the border to find safe haven in Bangladesh. Over 1000 refugees, newly arrived in Bangladesh, have found themselves homeless after their houses were burned and many of their family members killed.

The ongoing violence against Rohingya Muslims continues and many continue to suffer at the hands of the Burmese government. 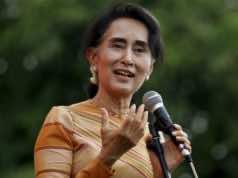 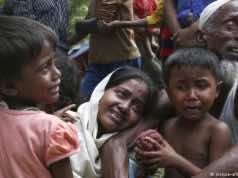