The minister of foreign affairs was accompanied by his advisors, including Zidane Ouled Hmida, Ahmed Ouled Bah and the commander of the military zone, according to the Mauritanian news agency.

Benkirane is set to hold a press conference in the city of Zouerate in the Mauritanian state of Tiris Zemmour after his scheduled talks with Mauritanian President Mohamed Ould Abdel Aziz, who is on vacation in Tiris Zemmour.

Benkirane will meet Mauritania’s president as an envoy of Mohammed VI. His official visit to Mauritania was at the behest of King Mohammed VI after the Istiqlal Party’s (IP) Secretary General Hamid Chabat said, in a controversial statement during a speech delivered earlier last week in front of his fellow partisans, that “Mauritania lays on Moroccan soil and it is a land that is purely Moroccan.” 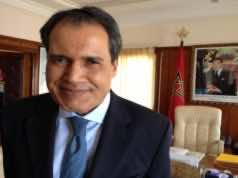