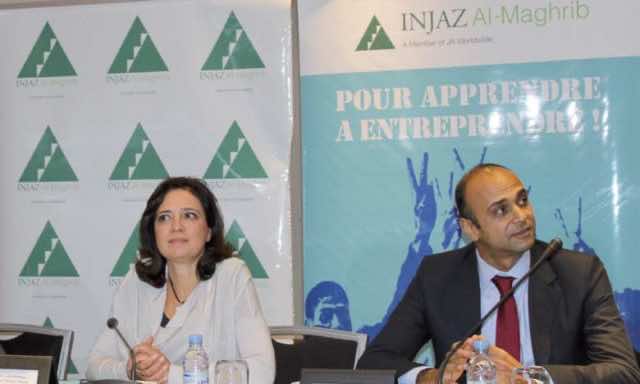 Rabat – Injaz Al Maghrib Association met with its volunteer advisors and partners December 20th for it’s annual discussion of both its yearly outcomes as well as its 2017 goals.

On this occasion, Chairwoman and CEO, Laila Mamou, expressed her heartfelt thanks to the volunteer advisors and partners specializing in the entrepreneurship education involved in the projects.

She also took the opportunity to present the association’s annual management report. Since its creation in 2007, 27,845 young people have been trained by 1,190 volunteer counselors between 2015 and 2016, an 56% increase compared to the last year.

The association hopes to reach 200,000 young participants by the year 2020. To aid in reaching this goal, Mamou speculated that, ”the association ought to focus more on long programs for a better result.”

A long program stretches out over six months, two hours a week. This can lead to challenges including finding volunteer counselors or recommending people who actively serve the association,” she noted. She also pointed out that, Injaz Al Maghrib’s first goal is to assist as many young people as possible in taking advantage of the experienced volunteer advisors and fully committed partners, all of whom will play a critical role in the association’s 2020 timeline.

From 2015-2016, 10.900 young people benefited from the association’s long programs. The association ultimately wants to see their interaction with these young people go beyond their current training programs so that, in time, they might be able to create their own businesses. With this goal in mind, the association’s ”Smart Start” program was launched for the exclusive benefit of young people, who’d successfully completed the flagship program of Injaz Al Maghrib Association.

A total of 18 project owners benefited from this program from 2015-2016 and it should also be noted that the association is in the process of preparing seed projects for the financing of start-ups with the Attijariwafa bank’s Private Equity fund.