Rabat - King Mohammed VI's initiatives for sustainable development and peace in Africa, especially in Libya, were highly hailed by the Final Declaration of the Africa-France Summit in Bamako.

Rabat – King Mohammed VI’s initiatives for sustainable development and peace in Africa, especially in Libya, were highly hailed by the Final Declaration of the Africa-France Summit in Bamako.

The Heads of State and Government participating in the summit, held on January 13-14 under the co-presidency of French President François Hollande and Malian President Ibrahim Boubacar Keita, Highlighted the holding, on the sidelines of COP22 in Marrakech and at the initiative of the King, of the 1st Africa Action Summit, affirming, In this regard, the vital role of renewable energies in accelerating the continent’s development.

They welcomed the success of COP22, held on November7-18 in Marrakech, which put Africa at the heart of its action program for climate and sustainable development, the final declaration of this Summit said.

They also reaffirmed their support for the Libyan political agreement reached at Skhirat in Morocco in 2015, which they said was an “answer” to the Libyan crisis.

In this regard, the participants highlighted the efforts made by the Libyan Presidential Council in the fight against terrorism and illegal immigration, calling on the international community to provide it with the necessary assistance.

They also called on all Libyan parties to contribute actively to the implementation of the agreement, the final declaration of the summit said. 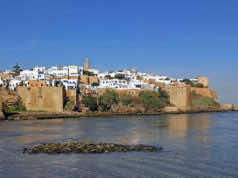