Rabat - Cape Verde, the Central African Republic and Burundi each reiterated their support for the return of Morocco to the African Union (AU,) on Thursday in Addis Ababa. 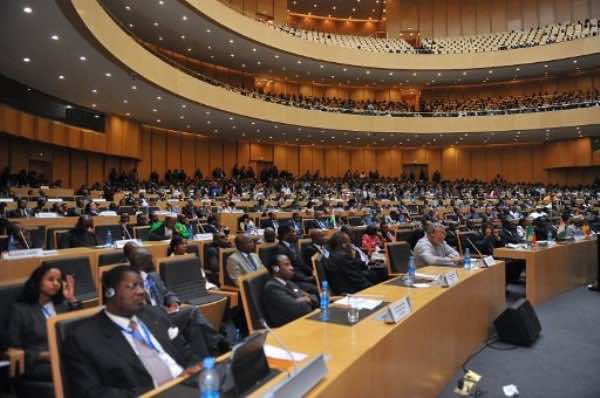 Rabat – Cape Verde, the Central African Republic and Burundi each reiterated their support for the return of Morocco to the African Union (AU,) on Thursday in Addis Ababa.

Speaking to reporters during the 30th regular session of the AU Executive council, Minister of Foreign Affairs for Cape Verde, Luís Filipe Tavares, reiterated his country’s position on Morocco’s return to the African organization: “Cape Verde has supported and continues to support the return of Morocco to the African family.”

“The return of Morocco to the AU is at the center of the debates at the Addis Ababa Summit,” Tavares added.

For his part, Minister of Foreign Affairs for the Central African Republic, Charles-Armel Doubane, said, “Morocco is welcome within the African organization.”

Doubane continued his comments, noting that Morocco-Kenya cooperative ties are strong. “The Central African Republic remains a great friend of the Kingdom of Morocco,” he said.

Burundian foreign affairs Minister, Alain Aimé Nyamitwe, also welcomed Morocco’s decision to return to the AU saying, “I believe it is the right of Morocco to be part of the pan-African organization,” adding that “the return of Morocco is important for the AU.”

Nyamitwe reminded the media that his country signed, as an act of solidarity with Morocco, a motion to pave the way for Morocco’s return. Burundi also  informed the presidency of the African Commission of their need to facilitate the Kingdom’s return to the AU.

Morocco World News reported on Wednesday that Morocco had officially notified the countries constituting the Commission of the AU of this development.

Earlier this month, during a meeting of the House of Representatives’ committee, Morocco’s Foreign Affairs and Cooperation minister, Salaheddine Mezouar, said that, “40 countries are supporting Morocco’s return to the AU.”