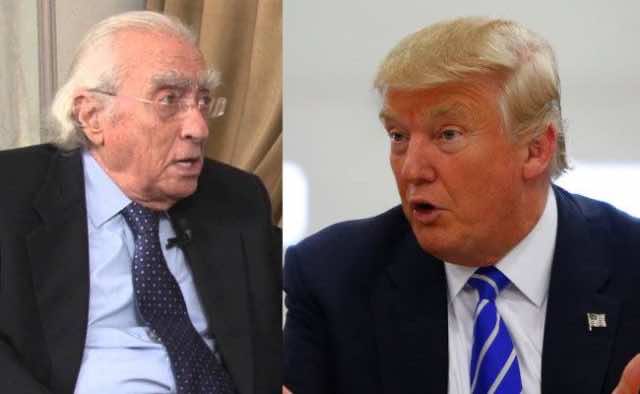 Toronto – Controversial Egyptian academic and philosopher Murad Wahba has described President Donald Trump as a “messenger from God, sent to save humanity from the Islamic State.”

Wahba made the statement during an interview on Egyptian state television this week. No stranger to controversy himself, Wahba said about the November election, “Without exaggerating, if Clinton had come into power we would have fallen into a civilizational disaster.”

This is the reason why Egyptian President Abdel Fattah al-Sisi is happy about Trump’s election win Wahba said, “he [Trump] has saved civilization.”

The controversial academic made a similar statement regarding al-Sisi when he came to power, describing him as a “savior of Egypt,” releasing it from the grip of the Muslim Brotherhood.

Wahba blames the success of the Muslim Brotherhood in Egypt on former president Barack Obama. Wahba maintains that Obama sent out top secret orders to military officials during a visit to Egypt in 2009.

Egypt suffered terrorist attacks throughout 2016. When the country was left off the Trump list of banned countries in his executive order on immigration, signed January 27, it raised more than a few eyebrows.

Most are attributing this omission to the fact that Trump has maintained ties to two companies who do business in Egypt.

Trump himself has openly declared his support for al-Sisi on several occasions. Less than two weeks after his election, Trump has already committed to providing military assistance to Egypt.