Rabat - Gambling industry turnover has increased by 36% since 2013 and the number of players rose by 5% in 2016. The total amount of bets spent by domestic players increased from MAD 6.9 billion to MAD 9.4 billion in 2016. 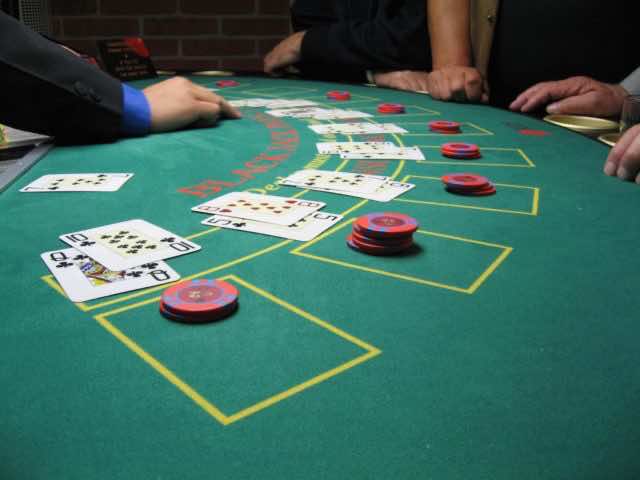 Rabat – Gambling industry turnover has increased by 36% since 2013 and the number of players rose by 5% in 2016. The total amount of bets spent by domestic players increased from MAD 6.9 billion to MAD 9.4 billion in 2016.

Moroccans have the sweet tooth for gambling, reports La Vie Eco in today’s edition, as the gaming industry recorded an increase of 6.65% in 2016 alone, marking an additional income of MAD 600 million over the MAD 8.8 billion seen in 2015.

According to the economic daily publication, horseracing is a favorite of Moroccan gamblers, as the Royal Horse Society (SOREC), which monopolizes the horse racing industry in Morocco, registered an increase of 3% in turnover compared to 2015. This performance ensures SOREC’s status as leader in the gaming industry, with 70% of the market’s shares.

On the other hand, sports betting and instant lottery registered an increase in turnover of 19% at the end of 2016, with MAD 2.2 billion in revenue. These games constitute 20% of the gaming market, which is managed by the Moroccan Games and Sports (MJDS) that  registered a growth of 57% between 2013 and 2016.

As for digital games (online casinos), monopolized by the National Lottery Company, they saw an increase of 9% compared to 2015, with a turnover of MAD 603 million, or roughly 6.5% of market shares. This significant development of the gambling industry is mainly due the aggressive digital marketing strategy led by industry operators.

According to a source of the newspaper, “the player population grew by an average of 5% in 2016. These new games enthusiasts are in the majority young people aged between 15 to 35 years.” Industry operators found themselves forced to migrate to the internet after the Ministry of Communication’s decision to ban gambling advertising on television, radio, and print media in 2015.

Digital advertising has proven to be more effective, and the three operators; SOREC, MJDS and the National Lottery Company, have managed to gather a sizable following on YouTube. According to La Vie Eco, the content of these channels consists mainly of lottery draws, tutorials, and advertisements.

The number of daily gamers is steadily increasing and now exceeds 75,000 per day, an evolution in the sector that shows that Moroccans are more and more interested in gambling, reports the newspaper.