Casablanca - Morocco’s High Religious  Committee has retracted its Islamic ruling stating that apostasy is punishable by death and has decided to permit Muslims to change their religion.

Casablanca – Morocco’s High Religious  Committee has retracted its Islamic ruling stating that apostasy is punishable by death and has decided to permit Muslims to change their religion.

The High Religious Committee in charge of issuing Fatwas (Islamic rulings) released a book in 2012 where it articulated its position on apostasy and argued that a Muslim who changes his or her religion should be punished with death, drawing on a widespread jurisprudence tradition.

Recently, however, the same entity issued a document titled “The Way of the Scholars,” in which it backtracked on its position of killing apostates. Instead, it redefined apostasy not as a religious issue but as a political stand more closely aligned with “high treason.”

The view that the apostate should not be killed in Islam is not a new one and can be found in the teachings of Sufyan al-Thawri in the first century AH. The scholar reviewed historical situations where the prophet Mohammed acted on the ruling, as opposed to the times he did not order the killing of the apostates. He concluded that killings occurred for political purposes and were not decisions based on religion. The apostates could, theoretically, disclose the secrets of the then fragile Islamic nation.

The reasons behind  Morocco’s High Religious Committee’s change in position are not different from those advocated by Sufyan al-Thawri. Their newly released statement says:

“The most accurate understanding, and the most consistent with the Islamic legislation and the practical way of the Prophet, peace be upon him, is that the killing of the apostate is meant for the traitor of the group, the one disclosing secrets, […] the equivalent of treason in international law.”

The High Religious Committee presented the Prophet’s statement that “whoever changes his religion, kill him” in the light of his explanation “the one who leaves his religion and abandons his people.” The statement further explains that, at the time of continuous wars against the Islamic revolution in Arabia, apostates represented the threat of disclosing the secrets of new Ummah to its many enemies.

The document  went to explain that during the Treaty of Hudaybiyyah, Prophet Mohammed himself observed the provisions stating that whomever became a Muslim and renounced it must be allowed to return to Quraich, the Muslim nations’ most powerful enemy at the time. When a Bedouin decided to leave Islam after the Treaty, therefore, the prophet simply let him go.

Using Islam’s primary source of legislation, the High Religious Committee stated that the Quran talks in many instances about apostasy and its punishment in the hereafter, without mentioning any punishment in this life as in Chapter 2 verse 217 that says:  “And whoever of you reverts from his religion [to disbelief] and dies while he is a disbeliever – for those, their deeds have become worthless in this world and the Hereafter, and those are the companions of the Fire, they will abide therein eternally.”

The document also explained that the famous Wars of Apostasy launched by Abu Bakr as-Siddiq, the Muslims world’s first Caliph, were in line with his effort to keep the newly established state together and fight all sorts of internal divisions. This was a decision based on political reasoning rather than by religious motivations. 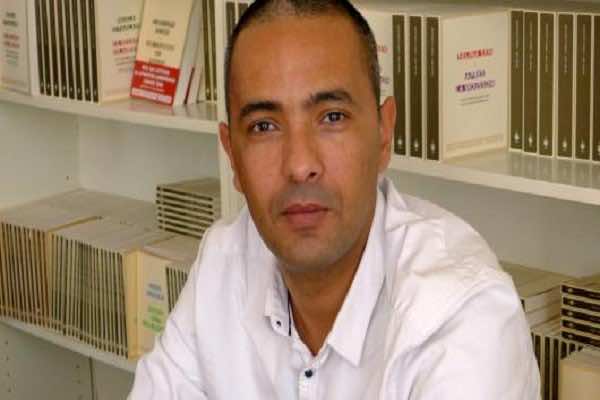 The Salman Rushdie of music? Iran calls for killing of ‘apostate’ rap artist