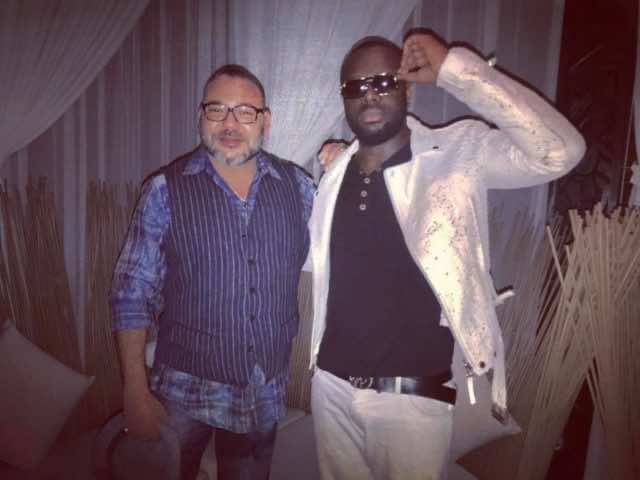 The famous French rapper and singer of Congolese descent, Maitre Gims, shared on Monday two photos taken with King Mohammed VI. The pictures, which the rapper posted on his Instagram page, received over 30,000 likes and two thousand shares in a short time. 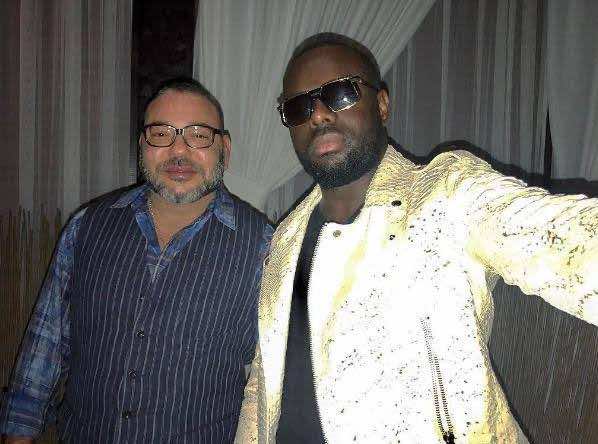 Accompanying the photo, Maitre Gims wrote a caption in Arabic using Latin letters saying“Long Live the King.” This statement was echoed by a large number of people in the comment section.

Numerous African and European news sources have shared the photos of the singer and the Moroccan Monarch.

Born under the name Gandhi Djuna, Maitre Gims is a 30-year old rapper, singer, and songwriter from a notable Congolese musical family. He rose to fame early in his life and recorded well-known albums like Subliminal in 2013 and Mon Coeur Avait Raison in 2015.