Rabat - The case of Moroccan workers mistreated by their Saudi employer seems to be piling up. Maria, a 20-year-old Moroccan maid, was subjected to a month of torture before being thrown off a window by her boss, suffering severe physical trauma that required major surgeries.

Rabat – The case of Moroccan workers mistreated by their Saudi employer seems to be piling up. Maria, a 20-year-old Moroccan maid, was subjected to a month of torture before being thrown off a window by her boss, suffering severe physical trauma that required major surgeries.

In a gruesome show of cruelty, the young Moroccan maid was held captive by her Saudi employers, suffering through a month of abuse and physical assault. Maria had to be hospitalized at the Chamsi Hospital in Riyadh, where she had four major surgeries to fix severe bone breakage in her legs and jaw.

A video of the victim shared widely on social media showed Maria strapped to a hospital bed, her face swollen and mouth shut after her jaw was shattered from the fall.

Four days after the incident, the Moroccan Embassy in Saudi Arabia issued a communiqué claiming that, contrary to what was released in the video, it was closely following Maria’s case.

The embassy stated that immediately after the media storm covering the Moroccan maid’s case, it contacted the hospital administration where Maria is staying and the local authorities in Riyadh in order to check up on the Moroccan citizen and inquire about the circumstances of the incident.

According to the embassy’s communiqué, they demanded the Saudi Ministry of Foreign Affairs to refute the hospital’s decision to dismiss Maria before she can fully recover, and to keep them updated on the police investigation on the case.

The embassy also contacted the Ministry in charge of Moroccan living abroad to appoint a lawyer to defend Maria and represent the embassy as a civil party, warning about the dangers and consequences of working abroad without legal contracts approved by the Moroccan authorities, especially for young girls.

The embassy concluded by stating that it will do its best to protect Moroccan citizens living abroad and defend their rights according to both local and international law.

Only last September, the case of Lamia, a Moroccan maid working in Saudi Arabia, provoked the Moroccan public opinion indignation at the torment suffered by Moroccan women in the KSA. Lamia abused, beaten and raped by her Saudi husband, who brought her to Saudi Arabia to work as maid, but only to use her to appease his twisted sexual fantasies later on. To add more insult to injury, Lamia would be committed to a psych ward and then jailed for two years when she resorted to the Saudi court for justice. 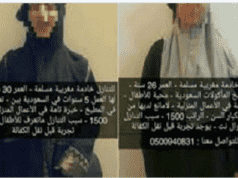 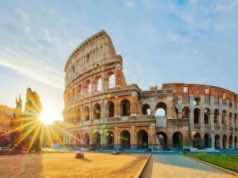