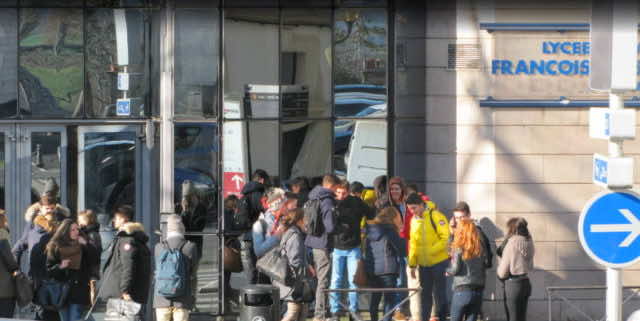 Rabat – One in five Moroccan immigrants in France has not attended school, according to a survey carried out by the National Institute for Demographic Studies (INED) on the educational level of immigrants in the French Hexagon.

Moroccans immigrating to France who have attended school or higher education there hold fewer degrees than French natives.

Senegalese immigrants have the same rate of higher education as that of French natives. Moroccans, Tunisians and Algerian immigrants in France come next, in front of Spanish, Italian, Serbian, Turkish and Portuguese immigrants.

The best educated immigrants in France are the British (nearly 50% have a higher education diploma), the Chinese are next with 43%, followed by Belgians, Germans, Romanians and Poles, all of whom have more higher education degrees than the French.

With regards to differences in education rates between France and Morocco, 30% of Moroccan immigrants in France have been at least to primary school, compared to only 15% in Morocco.

20% of Moroccan immigrants have been to university, while only 5% of their compatriots in Morocco have reached higher education.

The rate of Moroccan baccalaureate holders or persons with at least a Moroccan higher education diploma amounts to 10% for immigrants in France compared with 5% for those who remained in Morocco.

“For most countries, immigrants in France are better educated than the majority of the population of their country of birth,” notes the INED study.