Toronto - Most who watched US President Donald Trump’s first full press conference on Thursday since taking office were left feeling bruised and their normal sense of acumen sorely challenged, no group more than the media. According to a CBC op/ed, however, there is a logic behind the assaults and an effective way for mainstream media to fight back. 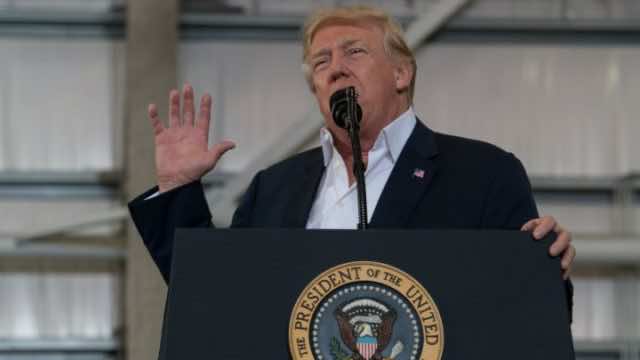 Toronto – Most who watched US President Donald Trump’s first full press conference on Thursday since taking office were left feeling bruised and their normal sense of acumen sorely challenged, no group more than the media. According to a CBC op/ed, however, there is a logic behind the assaults and an effective way for mainstream media to fight back.

Approaching one month in office, it’s becoming clear that those waiting for Donald Trump to suddenly begin to act Presidential, wait for nothing. Trump will not change. He revels in being himself, swimming through the chaos of his own creation. And, so far at least, he’s winning at it. According to the CBC op/ed’s author, Andrew MacDougall, there is a way out of the chaos-by-design quagmire members of the media have found themselves so unceremoniously dumped in.

First, they need to understand the man they’re dealing with and stop expecting him to behave any differently than his nature dictates. Donald Trump craves attention and affirmation. President Donald Trump craves those things on steroids and, when he doesn’t get what he wants, you get the sort of display the world witnessed on Thursday. It’s a jagged-toothed, frothing beast that the mainstream media has to stop feeding.

Any autocrat or pseudo-autocrat works to discredit the media, so they have to realize they’re actually helping him achieve this goal. Accept the fact, counsels MacDougall, that they’ve lost their coveted Washington position and realize this man, their President, doesn’t want to work with them. Yes, at one time the media represented a “vital clog” in the presidential machine. Under Donald Trump this is no longer the case, in large part due to the fact that more people in the US now believe Trump than they do mainstream media.

According to MacDougall, too much fact-checking is going on, giving Trump far too many opportunities to spar. The best way to end this is to stop expressing indignation over every Trump misdeed or misspeak. The only people who truly care about Trump’s treatment of the media, is the media community itself. Realize this and accept it, MacDougall says.

Another huge hurdle for the media to climb is the idea that some of the people they claim to speak on behalf of, actually agree with Trump on at least a few important viewpoints. Acknowledge this and move on. Members of the embattled media also need to place as much thought and care into their social media posts and tweets as they do their official copy. Journalists work 24/7, so be watchful and recognize that each ill-thought expression is food for the beast to turn into “fake news” and serve back to a hungry public at the media’s expense. That is the Trump Strategy, the Trump Effect.

The Trump administration has no respect for the media. In fact, they were swept to power by the very segment of the American populace, chiefly the likes of top advisor Steve Bannon, who would love to see the institution burn to the ground. The chaos is ratcheting up on a daily basis and it’s all by design, to give the illusion that Trump and his team are the last bastion of logic and reason and truth in America… and it’s working.

The real key in pushing Trump back to a 10th page headline, says MacDougall, is to get back to the basics of media as a profession.  This involves invoking three time-honoured tenets; Is the story truly in the public’s interest, has the story been sourced thoroughly and “dig baby dig.”

In the end, cautions MacDougall, “It doesn’t matter if only the diehards believe Trump. As long as no-one believes the Democrats or Congress as an institution, or the media that reports it all, it’s all the support Trump needs.”