Rabat - Speaking to Matt Lauer on the Today Show on Monday, former US president George W. Bush served up sitting president Donald Trump some harsh home truths about the importance of an independent media in a democracy, among other things. 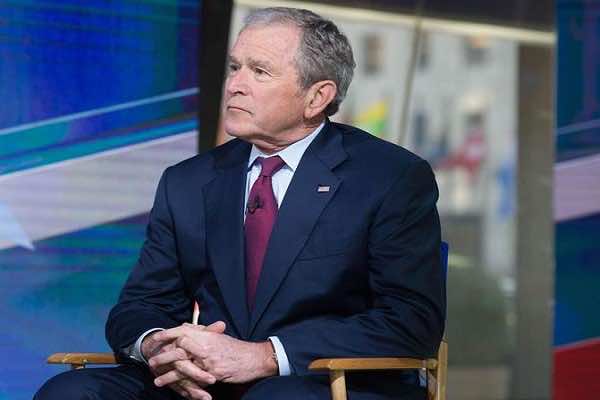 Rabat – Speaking to Matt Lauer on the Today Show on Monday, former US president George W. Bush served up sitting president Donald Trump some harsh home truths about the importance of an independent media in a democracy, among other things.

On a media tour to promote his new book about military leaders he’s known, Bush fielded questions from Lauer on a host of timely Trump issues, none more so than his ongoing feud with mainstream media.

“I consider the media to be indispensable to democracy,” Bush said. “We need an independent media to hold people like me to account. Power can be very addictive, and it can be corrosive.”

He recalled years of trying to convince other leaders around the world, including Russia’s Putin, of the critical role that an unfettered press plays in the democratic process. “It’s kind of hard to tell others to have an independent, free press when we’re not willing to have one ourselves,” he said.

Asked about Trump’s views on immigration and his blocked travel ban, Bush stated “I understood right off the bat that [the executive order] was an ideological conflict. I am for an immigration policy that is welcoming and upholds the law.”

These aren’t the only areas where Bush’s views don’t coincide with the new president’s. Lauer raised the issue of the investigation going on into Trump staffers allegedly communicating with Russian officials during the election. “I think we all need answers,” he said of the controversy that cost Michael Flynn his position as National Security Advisor. Since Flynn’s resignation three other Trump associates are being investigated for alleged links to the Kremlin during the election.