Abidjan - King Mohammed VI accompanied by Prince Moulay Ismail, and President of the Republic of Côte d'Ivoire, Alassane Dramane Ouattara, launched, on Friday in "Treichville" neighbourhood in Abidjan, the construction works of a mosque, which the Sovereign named after himself. 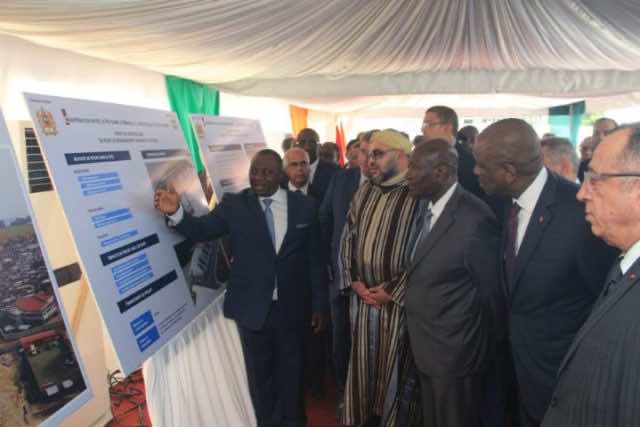 Abidjan – King Mohammed VI accompanied by Prince Moulay Ismail, and President of the Republic of Côte d’Ivoire, Alassane Dramane Ouattara, launched, on Friday in “Treichville” neighbourhood in Abidjan, the construction works of a mosque, which the Sovereign named after himself.

This royal initiative mirrors the King’s willingness to place at the disposal of believers mosques where they can exercise their worship in the best conditions.

The “Mohammed VI” mosque, to be completed in 34 months, will be spanned over an area of 25,000 m2, and will include two prayer rooms (men and women) with a total capacity of more than 7,000 worshippers, a library, a conference room, an administrative pavilion, a Koranic school, a commercial facility, a parking lot and green areas.

This project is part of the set of actions taken by the King in several African countries to promote the noble values of peace, tolerance and solidarity, as advocated by Islam, and to combat all forms of extremism and fanaticism.