Toronto - Students from the Tulsa Oklahoma Peace Academy were looking forward to meeting with their state representative during the annual Muslim Day at the Capitol event Thursday. According to a report in the Huffington Post, they came face-to-face with bigotry and hate. 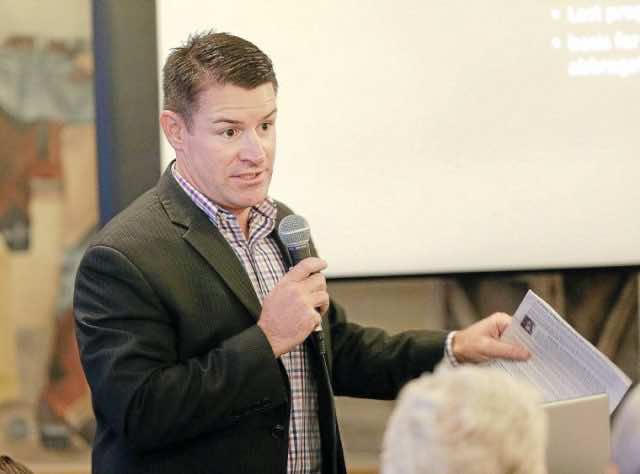 By
Constance Renton
-
Constance graduated from the Television and Radio Broadcasting Program at Canadore College in 1983.
Mar 4, 2017
Spread the love

Toronto – Students from the Tulsa Oklahoma Peace Academy were looking forward to meeting with their state representative during the annual Muslim Day at the Capitol event Thursday. According to a report in the Huffington Post, they came face-to-face with bigotry and hate.

They were greeted by Republican Representative John Bennett’s assistant who handed them a questionnaire which they were told they were required to fill out before they would be given access to the representative. According to Adam Soltani, executive director for Oklahoma’s Council of American-Islamic Relations, the questions the students were presented with were filled with ignorance and hate.

Here is a sampling of the questions the students faced:

*“The Koran, the sunna of Mohammed and Sharia Law of all schools say that the husband can beat his wife. Do you beat your wife?”

*“I have heard that, according to accepted Islamic sources, Mohammed, at age of 49, married a 6-year-old girl, and that he had sex with her when he was 52 and she was only 9 years old. Is that really true?”

*“Sharia law says that it must rule over the kafirs, the non-Muslims. Do you agree with this?”

*“The Koran says: The unbelievers are your inveterate enemy. (4:101). The Koran also says that unbelievers are the ‘vilest of all creatures’ (98:6) and ‘the worst of animals’ (8:55). What hope is there of coexistence when Mohammed teaches practicing Muslims to have this attitude toward non-Muslims?” (Emphasis in original

Once he was informed of the incident, Soltani took to Facebook with an indignant video rebuke. “I have just been informed by some of our community that Representative John Bennett- who in my opinion, at this point, doesn’t even deserve to be called a representative- is refusing to meet with Muslims unless they answer questions from an Islamophobic hate group called Act for America (ACT).”

According to the same source, Bennett himself responded in news outlet Tulsa world by confirming the use of the questionnaire but claiming that the questions, in fact, were “based on passages from the Quran and other Islamic texts.” Speaking out on the controversy, the Southern Poverty Law Centre issued a statement calling ACT the “largest grass-roots anti-Muslim group in America.”

As for Bennett, he has a long history of anti-Muslim comments in his repertoire, calling Islam a “cancer” that needed to be excised from America in 2014. He has also famously claimed that “Islam is not even a religion” and “there is no difference between moderate Islam and extreme Islam.”

The Oklahoma Democratic Party has strenuously called out both Bennett over the incident and the Republican Party in general. “It is time for our state leaders to stand up against bigotry! Bennett’s continued unprofessional leadership is its own ‘cancer’ on the Oklahoma legislature, and it’s time for Republicans to make it clear that they do not support Bennett and his hate.”