Toronto - On the bright side, it wasn’t awkwardly long. That’s because the handshake that normally takes place between the President of the United Stated and visiting heads of state in the Oval Office didn’t happen at all. 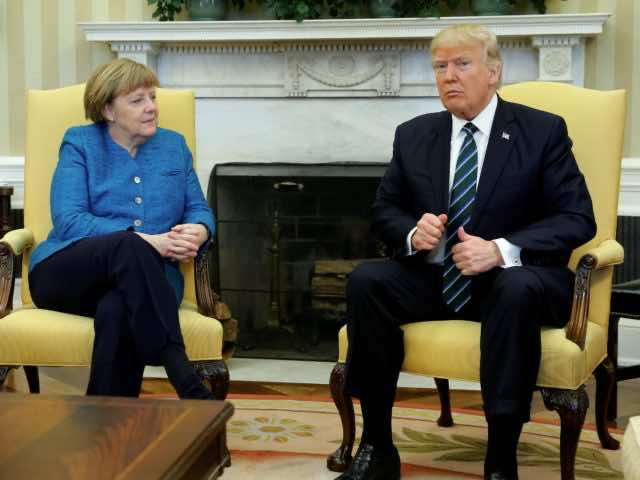 By
Constance Renton
-
Constance graduated from the Television and Radio Broadcasting Program at Canadore College in 1983.
Mar 17, 2017

Toronto – On the bright side, it wasn’t awkwardly long. That’s because the handshake that normally takes place between the President of the United Stated and visiting heads of state in the Oval Office didn’t happen at all.

Ahead of her visit to Washington, analysts were expecting Angela Merkel’s stay to be awkward. But no one expected a presidential snub when she asked US President Donald Trump to give reporters the handshake they were asking for. According to a report by CBC News, it isn’t clear if Trump was ignoring her or didn’t hear her in the somewhat noisy room. He answered her request with silence, however, leaving her to catch the rebuff in full view of the media.

From the planning stages, the visit promised to be prickly. As one tweet explained, Merkel has a PhD in quantum chemistry, Trump misspells basic words on Twitter. All through his 2016 election campaign, Trump bashed Merkel with abandon over her admittance of Syrian refugees. He even went as far as to say she had “ruined” Germany by the humanitarian move. Altogether, it didn’t appear to be a recipe for diplomatic success.

Ahead of the Oval Office photo-op, the two delivered their media addresses, barely concealing their obvious differences of opinion with body language that was wooden and language that was at times too carefully crafted.

Merkel did, however, manage to make her feelings on Trump clear when she said that it was “much better to talk to one another than about one another,” adding that “we need to be fair to each other” especially on points of disagreement.

Afterward, in the Oval Office, Trump sat with his legs apart and his hands together, looking at times like a petulant child, while Merkel, sitting beside him, appeared much like a disapproving mother. None of it was lost on social media. Twitter exploded with tweets, mocking Trump’s demeanor and rebuff of her handshake.

Merkel’s US visit comes at a critical, pre-election time for her. Trump’s criticism of her, of Germany’s immigration policy and his approval of Brexit have made him an unpopular figure to do politics with. In the end, it seems, the two leaders couldn’t completely hide their fundamental differences. 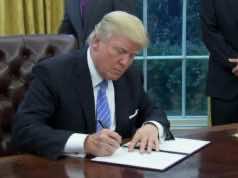