Rabat - Morocco denounced, on Monday, the unlawful Israeli measures aimed at distorting the Islamic identity of the Al-Quds Al-Sharif, noting that the status of the holy city remains at the heart of the Palestinian cause. 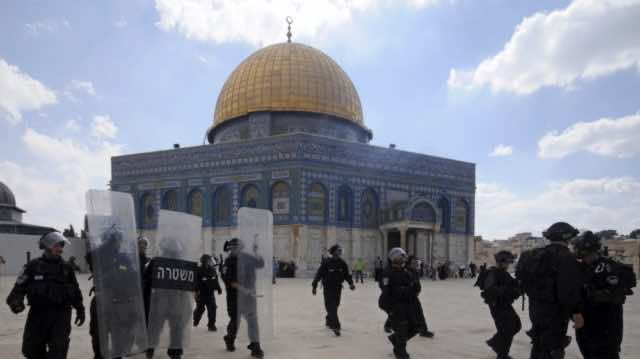 By
Constance Renton
-
Constance graduated from the Television and Radio Broadcasting Program at Canadore College in 1983.
Mar 20, 2017
Spread the love

Rabat – Morocco denounced, on Monday, the unlawful Israeli measures aimed at distorting the Islamic identity of the Al-Quds Al-Sharif, noting that the status of the holy city remains at the heart of the Palestinian cause.

“The Kingdom of Morocco, whose sovereign King Mohammed VI chairs the Al-Quds Committee, reiterates its firm condemnation of the illegal measures aimed at distorting the Islamic identity of the Al-Quds Al-Sharif,” said Morocco’s permanent representative in Geneva, Ambassador Mohamed Aujjar.

Speaking during a meeting under Agenda Item 7 at the Human Rights Council in Geneva, the official said that there will be no peace without determining the final status of the Al-Quds as the capital of the independent Palestinian state.

He added that the policies undertaken by the Israeli occupation authorities aimed at torpedoing any possibility of a settlement based on the principle of “land for peace”, by modifying the demographic composition of the country and undermining the Palestinian cultural and religious heritage.

He also denounced restrictions on the right of movement of Palestinians and their religious freedom by denying them access to places of worship.

Auajjar recalled that the two reports presented by the UN Secretary-General on the situation in the occupied territories pointed to the persistence of the Israeli government in implementing its settlement plans that impeded the exercise by the Palestinian people of its right to the establishment of an independent state with Al-Quds Al-Sharif as its capital.