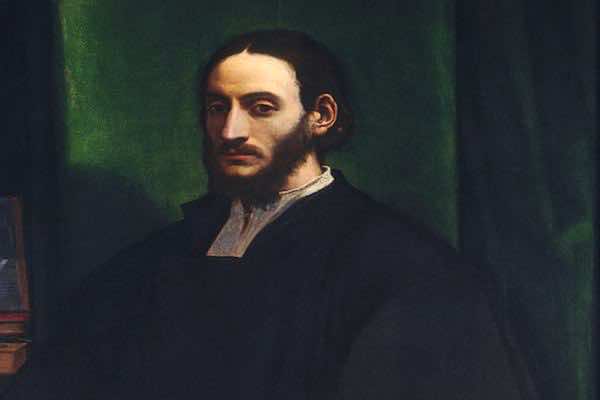 Rabat – No other slave could ever recreate what Al-Hassan Ibn Mouhamed Al-Wazzan, Al-Fasi, had achieved in Europe, as a writer, geographer and papal adviser. This Moorish serf moved through various roles, at different junctures he was a Granadan refugee, a Moroccan explorer of sub-Saharan Africa, a royal ambassador, a Muslim slave and a converted Moor living in Rome, writing in Italian about Islamic culture and the geography of Africa.

These multi-faceted threads have been fascinatingly interwoven together to construct a flexible persona constantly moving between margins and centers without showing strong adherence neither to its former world nor to the new one. Ibn Al-Wazzan, known to the West as Leo Africanus or Leo the African, is the writer of “Description of Africa,” an authoritative early modern account of North African geography which was unquestionably of great assistance to the Europeans, especially to Pope Leo X.

Fleeing from Nasirid Granada after its fall at the hands of the Catholic Spaniards in 1492, Ibn Al-Wazzan joined his family, who had decided to leave for Fez rather than to convert to Christianity. During his stay in Fez, he was enrolled in Quaraouiyine University, where he was instructed in different sciences.

At the age of 18, he journeyed with his uncle, the emissary of the Wattasid sultan, Mouhamed Al-Bourtughali, to Timbuktu. After three years, he once again visited this spiritual African capital, showing that the young Granadino (a nickname given to Moors originating from Granada) had gained the sultan’s appreciation and established himself as a reliable notary and diplomat. This would be further confirmed a few years later when the sultan sent him as a trusted envoy to the Sublime Porte.

As soon as he accomplished his mission, he decided to return to Fez. On his way through the Mediterranean in the summer of 1518, the normal course of his life was interrupted; the notorious Knights of the Order of Saint John sacked his ship and took him to Malta as a slave.

While in Malta, Ibn al-Wazzan was thought to be an elite slave who evidently had important information to offer to the pope. In 1520, the leader of the Saint John Chevaliers sent him to Rome where Pope Leo X baptized him and named him Johannes Leo de Medicis. Throughout the years he spent in the Roman curia, Leo taught Arabic to many Christian scholars craving to know about Islam. He translated many documents into Arabic and wrote vocabulary in Spanish, Latin, Italian, Hebrew and his native language, Arabic.

More interestingly, he rose through the ranks of scholarship as an unrivaled authority capable of establishing himself as a trustworthy source of knowledge whom his patrons admired so much that they could not help but rely on his ability to provide useful information.

He was a scholar imbued with abundant savoir that enabled him to flourish across cultural and linguistic boundaries and act as a moving ambassador belonging to here and everywhere. He corrected Europeans’ lubricious preconceptions about Africa and the African Other. Aomar Boum discreetly affirms that his book, “Della descrittione dell’Africa,” “remains one of the best sources for political, social, and geographical information about the Maghrib during the first half of the 16th century.”

Deceptively, Al-Wazzan’s intellectual, cultural and noble backgrounds helped him to shape an identity that seemed to have been less affected by its ambivalent and liminal state between two antagonistic worlds, Dar al-Islam and Christendom.

It is in this context, therefore, that “Della descrittione dell’Africa” should be read. It is a tome whose writer did not bother himself too much with the religious perception and categorization of the Other, probably due to his astute practice of taqiya (a precautionary dissimulation of one’s faith under duress), which enabled him to appear as “a man with a double vision.”

This seems to be reflected in “Della descrittione dell’Africa,” a memoir which chronicles the early cultural and intellectual encounters and interchanges between Islam and Renaissance Christendom. Interchanges which allowed its writer more space to challenge the silences imposed upon his life story and upon the context from which he was stolen.

Leo Africanus, A Man Between two Worlds, a documentary by BBC world. 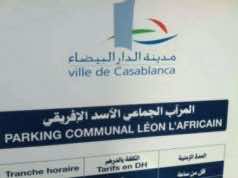