Toronto - Fighting what it’s calling a “people’s war” against Islamic extremism, China has made the wearing of face veils and “abnormally” long facial beards illegal.

By
Constance Renton
-
Constance graduated from the Television and Radio Broadcasting Program at Canadore College in 1983.
Apr 1, 2017
Spread the love

Toronto – Fighting what it’s calling a “people’s war” against Islamic extremism, China has made the wearing of face veils and “abnormally” long facial beards illegal.

According to the BBC, Beijing says the moves are considered necessary as the result of recent clashes in the province of Xinjiang, between the authorities and Uighur (pronounced wee-gur) citizens. Uighurs are Muslim descendants of Silk Road traders. They account for 45 percent of the province’s population.

Uighurs see recent policies instituted by Beijing as repressive and fear their culture is being steadily eroded. This has led to inevitable and bloody clashes.

The new laws, titled “Regulations on Extremism of Xinjiang Uygur Autonomous Region,” were announced March 29. In a report by the Daily Mail, in addition to disallowing the wearing of long beards and veils the new bans include the prohibition of the spreading “extremist ideas,” the use of the name of “Halal to meddle in the secular affairs of others,” and the “naming of children to exaggerate religious fervor.” It is also now forbidden to homeschool children, refuse to watch state television and to perform marriages according solely to religious rites.

The 10 million Uighur Muslims of Xinjiang province practice a form of moderate Sunni Islam. There is a worrisome segment, however, who would like to see the creation of an independent east Turkestan.

Known as the East Turkestan Islamic Movement, or the Turkestan Islamic Party, Reuters reported that this element has been labelled a terrorist group not only by the Chinese government, but by the United Nations as well.

Toward the end of February, ISIS released a new video threatening China with a major attack. It purported to show Uighur fighters training in Iraq for an attack it promised would be a bloodbath. 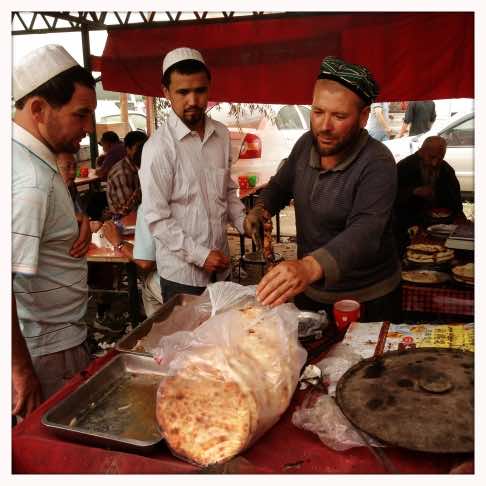