Rabat - Morocco’s experience in support of human rights was highlighted as “successful” during a conference organized by the Office of the United Nations High Commissioner for Human Rights in Beirut on Thursday. 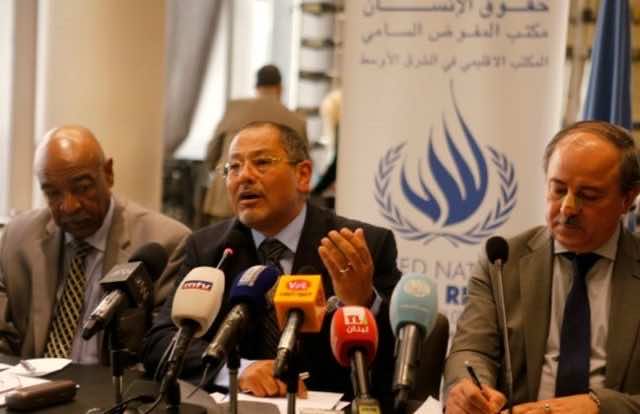 Rabat – Morocco’s experience in support of human rights was highlighted as “successful” during a conference organized by the Office of the United Nations High Commissioner for Human Rights in Beirut on Thursday.

The conference was organized under the theme “Lebanon’s International Obligations in the Field of Human Rights: National Mechanisms for the Preparation of Reports and the Follow-Up of International Recommendations on Human Rights.”

On this occasion, the Director of Coordination and Promotion of Human Rights for the Moroccan Delegation, Abdelaziz Al-Karaki, stressed that the Kingdom has set up an “inter-ministerial mechanism, namely a Delegation for Human Rights, aiming to coordinate governmental actions in the field of human rights and interacting with all international mechanisms in this field.”

Al Karaki said in a statement to Maghreb Arab Press (MAP) that underlining the Moroccan experience in Lebanon is part of the country’s quest for similar mechanisms.

The Moroccan official stressed the nature of the mission assigned to the Inter-ministerial Delegation for Human Rights, the reasons for its creation, its roles and its field of action.

He recalled that this Delegation was created in 2011 to promote and strengthen the institutional framework of the protection of human rights. It was also mandated to provide the Kingdom with a coherent national human rights system, that is both modern and effective to remedy the shortcomings of the country in this area.

He added that the delegation was created in response to recommendations to establish a National Plan for Democracy and Human Rights from the National Council of Human Rights and requests from civil society organizations.

During the conference, Lebanese Minister of Human Rights, Aymane Chaqir, announced that Lebanon is “in the process of setting up a permanent ministry and a specialized structure, in charge of monitoring the international obligations of Lebanon in terms of human rights.”