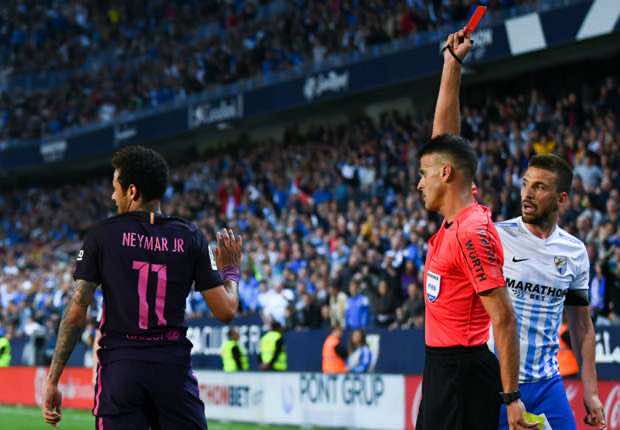 Malaga’s Forward Sandro Ramirez opened the score in favor of Malaga at the 32-minute of the match. Barcelona giants, Leonel Messi and Luis Suarez tried their best to level the score, but today was not their day.

Brazilian star, Neymar, was sent off at the 65 minute, which made it easier for the opponent’s left-winger, Jony, to score a second goal in the last minute of the game.

According to Spanish sports website Mundo Deportivo, Neymar may be suspended for more than two games because of his negative reaction to being red-carded during today’s game.

Neymar is expected to be out for the Barcelona vs Real Sociedad clash next week. If he is suspended for two games, he will also miss the much-anticipated Classico on April 23.