Rabat - A medical and surgical team at Fes’ Hassan II hospital have successfully carried out life-saving surgery to give a four-year-old child a new liver and anew lease on life on Monday. 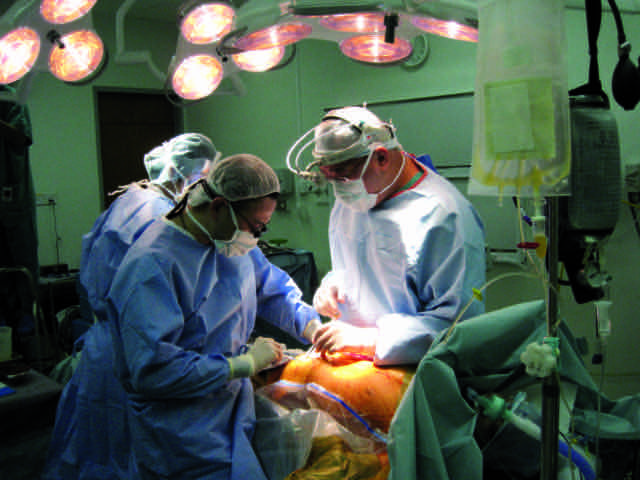 Rabat – A medical and surgical team at Fes’ Hassan II hospital have successfully carried out life-saving surgery to give a four-year-old child a new liver and anew lease on life on Monday.

The child suffered from Biliary Atresia, a condition which usually occurs in utero, usually for unknown reasons. It is characterized by a bile duct obstruction which leads to liver failure, according to the director of Hassan II hospital.

Unable to see her son’s life end in vain, his mother decided to donate the left side of her liver to save her his life.Aged 27 and a mother to three children, she is originally from Berkane and is a beneficiary of Ramid, the health coverage system for the economically deprived.

The transplant was carried out by teams from the Department of Pediatric Visceral Child Surgery, the Department of Adult Visceral Surgery and Mother and the Child Resuscitation Unit of Fes’ Hassan II hospital, in collaboration with a multidisciplinary team from Lyon’s CHU hospital.

Currently,mother and son remain in hospital under medical supervision at the Reanimation Service of the Mother and Child Hospital. Their situation is gradually improving.

The operation is the second hepatic transplant performed at the Hassan II hospital in Fez and the first of its kind performed from a living donor at the same hospital.