Rabat - In Morocco’s capital of Rabat, some 2,216 km away from Paris, France continues to have influence on Morocco as a current primary trade partner. But the current alarming state of politics in the republic has called into question: is France still a model for Morocco? 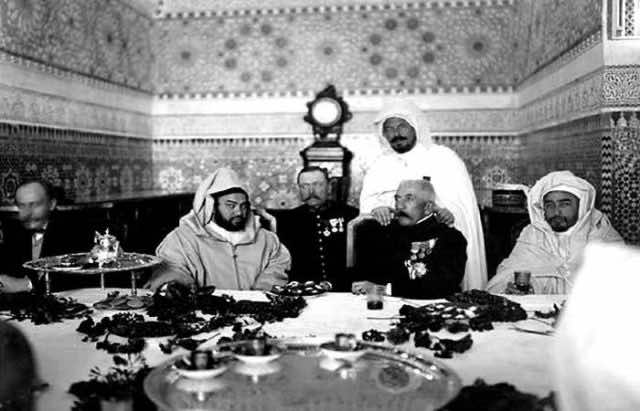 Rabat – In Morocco’s capital of Rabat, some 2,216 km away from Paris, France continues to have influence on Morocco as a current primary trade partner. But the current alarming state of politics in the republic has called into question: is France still a model for Morocco?

At a conference hosted by MondeAfrique on April 17 in Rabat, Abdessamad Benchrief, a journalist, author and channel director of Al-Maghrebia, Mohammed Hmouddane, the author of “the Sky, Hassan ll and Mother France,” and “French Dream”, and Bahaa Trabelsi, the author of “Simply a Woman” and “the Concierge’s Chair,” discussed one of the questions underlying Morocco’s identity crisis: Is France still Morocco’s model?

As Western right-wing political parties are on the upswing in terms of popular support and access to governmental power, a phenomenon not experienced since fascist movements in the 1930s, for xenophobic nationalism, racism, and Islamophobia have been increasing at alarming rates.

Particularly in France, the National Front, founded in 1972 by far-right politician Jean-Marie Le Pen, is currently recovering its power under the recent leadership of one of two leading candidates in the current French campaign, Marine Le Pen, known for her imperialistic speeches filled with vows to “end immigrants in France,” give the French their “France back,” and “restore order” in the Republic.

In contrast with all who argue that “there isn’t just one France,” today’s reality is that, right-wing republicans now comprise a large part of its public face.

Colonialism  to the Skin

Moroccan historical studies have gone far to prove that a denial of French influence on Morocco would be “foolish and absurd,” according to Benchrief, a viewpoint which the rest of the speakers agreed with.

But a bigger and perhaps more important question is how Moroccans’ view of France as a nation and as, according to Trabelsi, “the bringer of enlightenment,” has changed.

A discussion on this particular issue is, as Benchrief coined it, “culturally adventurous.” He went on to say that France has helped produced much of today’s Moroccan identity.

Though the official languages of the Kingdom are Arabic and Amazigh, it is well known the formal language of business and higher education is French. French is employed in all official institutions of the country, the juridical/legal, educational, economic, and diplomatic systems, as well as simply obtaining a medical prescription from a doctor and handing it to a pharmacist. Benchrief noted that these institutions echo almost identically their French counterparts.

Mohammed Hmouddane suggested that France has ceased to be a country for Moroccans but rather a concept that serves “the reproduction of the Moroccan elite.” He added that this very conceptualization of France appeals to “Morocco’s search for identity,” which many citizens are eager to fulfill.

“Frenchness” is Moroccans’ ticket to prestige and a better social status, according to Hmouddane, a model, but not in the sense that it must be perceived as a phantasy.

Trabelsi’s said that her early years were a mixture of Moroccan and French culture that has led her to argue against the use of the binary “Us against the Other” discourse.

Drawing from her experience as a Francophone author and a Moroccan citizen, she elucidated that Morocco isn’t one fixed entity, but rather many identities that borrow not only from France but also from all four corners of the world to construct an identity that allows Morocco to be “rich and unique in its multiculturalism.”

Islamophobic discourse in France and the unacknowledged participation of immigrants in the growth of the business sector in the country suggested a less reassuring idea: even though Morocco celebrates its multiculturalism and acceptance of French culture as an integral part of its identity, this is not necessarily reciprocated, especially, added Benchrief, considering the rise of the far right.

The journalist avoided euphemism and spoke of unpleasant facts usually swept under the rug for the sake of national pride. He argued that even though Moroccans have treasured French culture and literature, the latter has scarcely done the same. Many great names of Moroccan literature are ignored by the French, while French names are taught in Moroccan universities and discussed among circles of intellectuals.

Trabelsi took to another approach on the issue and maintained that much like Morocco, France is confronted by an “identity crisis” – an imported Wahabist ideology that is at stake in both countries. To her, this represents a chance to recall the Kingdom’s identity, which has for decades associated religion with progress.

She added that the issue of identity should not be given great importance.  Instead the public’s attention should be directed towards more sustainable issues, such as the country’s infrastructure, education, and tourism.

The conference did not provide a definitive answer of whether France is a model or not. Instead, it opened the door to future discussions.