Rabat - A potential improvement in the tense relationship that exists between Morocco and Algeria is possible in the future, a Fitch Report says.

Rabat – A potential improvement in the tense relationship that exists between Morocco and Algeria is possible in the future, a Fitch Report says.

According to the BMI Research unit, relationships between the two countries can improve, but only gradually and in certain areas.

“Any improvement in relations will be limited to intelligence sharing and cooperation over Islamist militants,” says the report.

This prediction is based on the fact that in July of last year, former Moroccan Minister Delegate for Foreign Affairs (Now Minister of Foreign Affairs), Nacer Bourita, delivered a message from King Mohamed VI to the Algerian president Abdelaziz Bouteflika. The visit came amid “a semblance of diplomatic activity between Algeria and Morocco,” which was followed by Morocco’s reintegration of the African Union (AU).

The Fitch Group pointed to Algeria’s announcement of an agreement reached with Morocco “to engage in better security cooperation, counter-terrorism and intelligence sharing.”

Cooperation on a security level does not mean, however, that the two countries’ historically strained relationship is going to improve, especially regarding the two major contentious issues, namely closed borders and the question of Western Sahara.

“Any re-opening of the border between the two countries, an increase in trade or a resolution over Western Sahara are off the table for years,” says the report.

Algeria’s partiality as far as the Sahara question is concerned stands as a hindrance to any evolution in the two countries’ relationship.

“While Algeria maintains it is not a party to the conflict, its continuing support for the Polisario acts as a key stumbling block to a full normalisation of ties with Rabat,” explains the report.

Nor is there a solution in sight for the closed borders between Morocco and Algeria.  The borders were closed in 1994 and they have remained “the most overt manifestation of the rift between the two neighbours, with a drastic impact on bilateral trade and tourism flows.”

The closure of the borders’ impact is not limited to the two countries. It further aggravates the already weak regional trade cooperation, considered the lowest in the world.  As the reports notes, “Morocco accounts for only 1.9% of Algeria’s total exports, while Algeria receives only 0.9% of Moroccan exports.”

Political disagreement makes it hard for trade cooperation to increase. Coupled with that is the fact that “opportunities to augment trade have never been the most important motivation for Algerian policymakers,” says the report. It adds that the Algerian “regime’s main powerbrokers largely benefit from the status quo, and have a vested interest in limiting any opening of the economy.”

The impending scenario of change at the top of the Algerian political system, at a time when president Abelaziz Boutefliaka’s deteriorating health continues and competition for his succession is mounting, will hardly be conducive to an improvement in the relationship between Morocco and Algeria.

“Whoever ultimately emerges as the next president is highly unlikely to change the structure of the regime,” concludes the Fitch Group report. 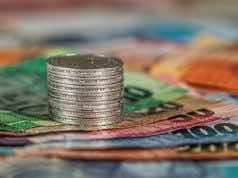