Rabat - Ilyas El Omari, the leader of Authenticity and Modernity Party (PAM) and president of Tangier-Tetouan Region, has compared the Ceuta border crossing to the Israeli separation wall in the West Bank. 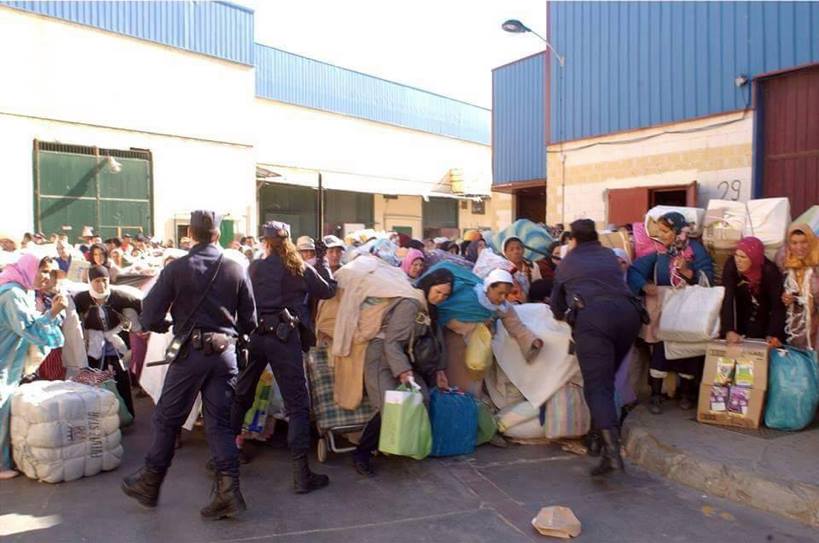 Rabat – Ilyas El Omari, the leader of Authenticity and Modernity Party (PAM) and president of Tangier-Tetouan Region, has compared the Ceuta border crossing to the Israeli separation wall in the West Bank.

El Omari’s statement came after a Moroccan woman died on Monday in a stampede at the border crossing where thousands of Moroccan men and women cross daily to Ceuta to carry goods to be sold in Morocco.

Nicknamed “mule women”, they are used by smugglers to carry goods from Ceuta and the other Spanish enclave on Moroccan territories, Melilia. They are poorly paid and carry loads weighing up to 100 kilograms.

The death of the woman on Monday is the second in less than month.

In a Facebook post, the leader of the main opposition party in Morocco said that Moroccans’ daily experiences at the Ceuta border crossing are similar to those of Palestinians at the Israeli separation wall.

“The same troubles the Palestinians face at the gates put up by Israel in front of the Al-Aqsa mosque, in opposition to international agreements,” the PAM leader wrote, “is what the waves of people live every morning at the illusory crossing of Ceuta.”

He went on to say that Morocco should not stand silent at the tragedies occurring at Ceuta and Melilia’s border crossing and in particular should not recognize Spanish sovereignty over the two enclaves.

“What happened concerns us all as government and elected officials since there are no official statistics on how many people benefit from smuggling. Some people are talking about thousands of people, men, women, old people and children, who are humiliated on a daily basis.”

El Omari stressed that Spanish authorities must conduct an investigation into these incidents.

The PAM leader also for negotiations between the Moroccan and Spanish governments to engage in negotiations to settle the question of the two cities, which Moroccans see as a continued Spanish colonial presence in Moroccan sovereign territory.