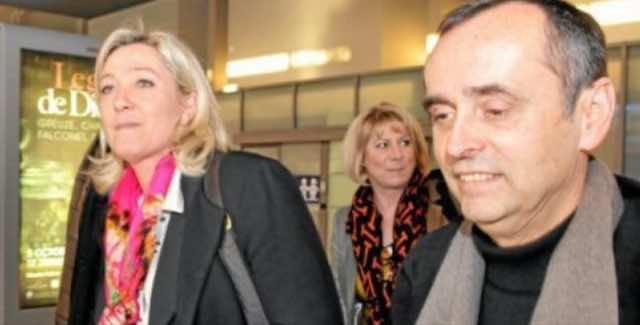 Mayor of the southern town of Beziers, Menard’s trouble began September 1st, 2016, when he tweeted that he was bearing witness to the “great replacement.” He was referring to a derogatory term for a conspiracy theory which claims that white, Christian French citizens are being systematically replaced with Muslims.

On September 5th, during an appearance on LCI television, Menard elaborated that “In a class in the city centre of my town, 91 percent of the children are Muslims. Obviously, this is a problem. There are limits to tolerance.” According to French law, data based on an individual’s religion or ethnicity is strictly prohibited.

In addition to the statement, Menard employed two classroom photographs to illustrate his point. One circa the 1970’s, showed a classroom full of white faces. He compared it to a more recent photo which depicted a decidedly more diverse group of students.

The mayor has been ordered to pay the government a 2,000 euro fine, as well as between 1-1,000 euros to several organizations with affiliations to anti-racist groups.

Vowing to appeal the conviction, Menard instead expressed pride in his statements. “I was happy to describe the situation in my city. It is not judgmental, it is factual, it is what I can see.” He added that, in his opinion, “there is no discrimination for anyone” in his remarks.

In his arguments, the Paris public prosecutor accused Menard of reducing children “to their religion, regardless of whether they have French nationality or do not practice.” He further explained his point of view, saying Menard “pointed the finger at kids, whom he describes as a weight on the national community.”

The conviction comes just after Le Pen announced she was stepping back temporarily from the leadership of the Front National party to concentrate her energy on her presidential fight against Emmanuel Macron. Critics are viewing the move as an attempt to distance herself from her party’s racist image, at least long enough to win over a broader array of voters.