Rabat - Three out of four missing peacekeepers of the United Nations Stabilization Mission in the Central African Republic (MINUSCA) – one Moroccan and two Cambodians – have been found dead, announced the MINUSCA Wednesday morning. 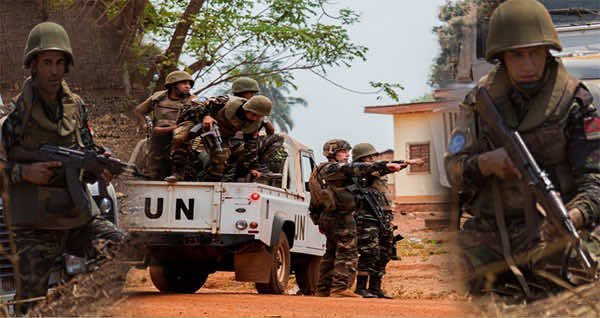 Rabat – Three out of four missing peacekeepers of the United Nations Stabilization Mission in the Central African Republic (MINUSCA) – one Moroccan and two Cambodians – have been found dead, announced the MINUSCA Wednesday morning.

The fourth, whose nationality has not been identified by the MINUSCA, is still missing.

The deceased soldiers had been missing since a group of attackers ambushed their convoy in Central African Republic on Monday. The fatal ambush left one Cambodian peacekeeping soldier dead and seven Moroccans injured.

“The MINUSCA is deeply sorry to confirm that three of the four peacekeepers who have disappeared since Monday’s attack have been found dead and the fourth is still missing,” said the MINUSCA in a statement.

The incident occurred while the Cambodians were returning to their base accompanied by Moroccan soldiers. The soldiers were part of an engineering unit that was assisting the construction of roads, bridges and other infrastructure.

The MINUSCA, established in 2014 in response to the country’s ongoing civil war,  currently has more than 12,000 troops deployed to protect civilians from the repercussion of violence between Christian and Muslim sects.

This is not the first time peacekeepers have been targeted in the Central African Republic. In January 2017, two Moroccan members of the Royal Armed Forces (FAR) squad of the MINUSCA were killed in an armed attack near the town of Bria, on the northeast of the capital Bangui.