Casablanca - Deputy Minister to the Head of Government for Relations with Parliament and Civil Society, and Government Spokesperson, Mustapha Khalfi, has stated that the Moroccan Government has decided to counter all provocations from Algeria and the Polisario. Khalfi made the announcement on Thursday. 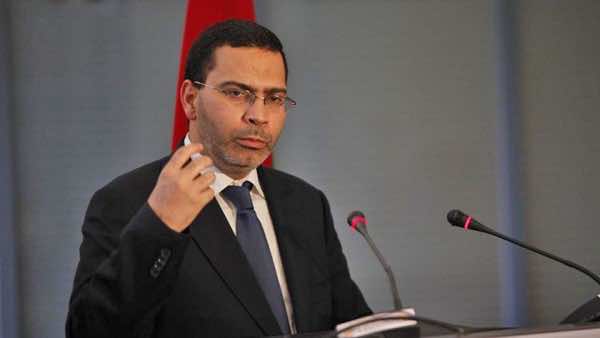 Casablanca – Deputy Minister to the Head of Government for Relations with Parliament and Civil Society, and Government Spokesperson, Mustapha Khalfi, has stated that the Moroccan Government has decided to counter all provocations from Algeria and the Polisario. Khalfi made the announcement on Thursday.

Following Algeria’s ongoing provocations in issues related to the Moroccan Sahara, the government has stated its decision to stand up to these provocations. In this regard, Mustapha Khalfi, the Government’s Spokesperson, pointed out in a press conference on May 11 that “Morocco’s position on the national issue is progressive, and proactive.” He added that this position is in line with its policy of firmness led by the Moroccan Monarch, King Mohammed VI.

Khalfi elaborated on the latest UN Security Council resolution saying that UN Secretary General, Antonio Guterres’ call on Algeria to take part in the conflict resolution has made the issue “regional and not bilateral.” This represents “a significant transformation.”

The Government Spokesperson added that the resolution’s “reference to the need to act with the realism that came after 2006, refers directly to the proposal for autonomy.”

“We are in the face of concrete elements, and the process of withdrawing recognition of the Polisario will continue, and today there are 37 countries, 18 of them at the level of Africa, recognizing the imaginary entity, after the number was around 80,” pointed out Khalfi.

The official also asserted that the general framework of this process is the policy of firmness, which replaces the empty chair policy. He noted that Morocco will respond to any provocation because “it is a national and binding issue and the responsibility is not normal.”

Returning to the Guerguerat tension in Morocco’s southern borders with Mauritania, Khalfi highlighted that it “confirmed a terrible defeat for the enemies of Morocco’s territorial integrity at the level of Security Council.”

Khalfi also talked about security issues in the area and recalled that Morocco has not had a single terrorist attack for 5 years.

“This is a danger facing many countries, but we appreciate our position in this area. Thanks to the efforts of the security services to protect Morocco from any potential threat,” he explained.