Rabat - The Libyans, in their everlasting costly civil war, seem to act as underage youths more inclined to settle their juvenile disputes and delinquency bouts with fist fights than verbal punch ups of political negotiations and wrangling. In reality, it is a disturbing psychological issue which makes one wonders whether they are a nation-state or merely a collection of unruly desert tribes reveling at the idea of invading other tribes, shaming their women and taking spools of war. 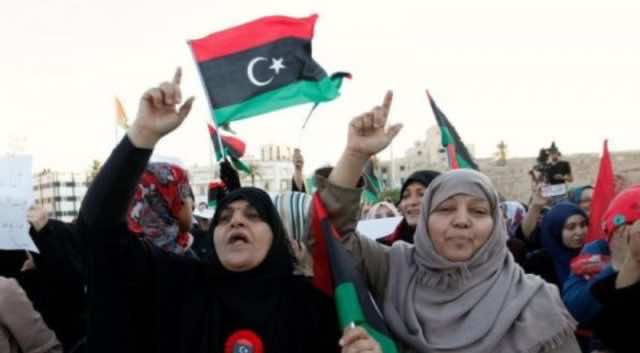 Rabat – The Libyans, in their everlasting costly civil war, seem to act as underage youths more inclined to settle their juvenile disputes and delinquency bouts with fist fights than verbal punch ups of political negotiations and wrangling. In reality, it is a disturbing psychological issue which makes one wonders whether they are a nation-state or merely a collection of unruly desert tribes reveling at the idea of invading other tribes, shaming their women and taking spools of war.

Libya, as a country and as a state, does not seem to exist anymore, it has been replaced by various warring “paper governments,” fundamentalist religious groupings and military factions and recently even ISIS almost established its own government in the country if it were not for the vigilance and the indirect intervention of the Western countries to push the Libyan armed groups to oust this terrorist so-called Islamic State.

Omar al-Mukhtar (20 August 1858 – 16 September 1931), this textbook hero that united the Libyans against Italian colonialism seems to be a distant souvenir in the psyche of Libyans. Nevertheless, many lament the era of the dictator Muammar Qaddafi because he successfully insured stability, worldwide respect and awe and much bread and butter to almost everyone. Now, for the majority of Libyans, bread and security come first and democracy is rather a luxury they cannot afford, for the time being.

The sole enemy of Libyans today is not Italy, the West or even some Arab countries but Libyans themselves. In their haughtiness they are unable to find a solution to their plight because they are unable to undertake properly the following basic actions:

As a result, the entire Libya is enveloped in an incredible brouhaha: all Libyans are firing at each other in unison, when they are doing any talking they are talking at the same time and nobody is listening and they are all blaming the other for their plight and demise. There is definitely something wrong with them or with their thinking pattern and logic.

In the big Libyan feud that has been going on continuously since the death of Qaddafi in 2011, there are three major protagonists and hundreds of small players with different agendas and huge egos:

They are based in Tripoli and have formed a government recognized by the international community because it is the result of the Skhirate Agreement of December 17, 2015, negotiated by the UNSMIL under the aegis of the UN. This government has failed to get all the protagonists in through negotiations and acts as the only legitimate political force in the country and on top of that incarnating God’s will. The head of the government Fayez al-Sarraj acts more like a militia leader than the country’s Prime Minister empowered to unify the country and is not doing what is necessary to get all Libyan politicians behind him.

The question, however, is: is he unable to get people together to agree on Libyan salvation or does he personally have an axe to grind?

They are to be found in Tobruk under the erratic leadership of the 73 year old retired military strongman general Khalifa Haftar[v] who has only one thing in mind chasing the Islamists from power and establishing an al-Sisi like form of government totally controlled by the army and where the Islamists and democrats will have no place whatsoever. The West might accommodate itself with such a government like in the case of Egypt for security reasons but they will never accept it fully on its face value. Haftar has good relations with the Americans and the CIA and is trying to balance that with good ties with Russia, lately.

In this regard Roland Elephant writes in The Telegraph of March 24, 2017:

“Russia has deployed troops to Egypt amid a strengthening of ties between Moscow and General Khalifa Haftar, the warlord who controls much of the eastern part of Libya, a US general said on Friday.

Marine Gen. Thomas Waldhauser, the commander of U.S. Africa Command, said the link between Russia and General Haftar, the head of a group called the Libyan National Army, is “undeniable.”

“They are on the ground. They are trying to influence the action. We watch what they do with great concern,” he told reporters in the Pentagon on Friday.”

The Zintan tribe liberated Seif al-Islam Qaddafi on April 12, 2016 after his death sentence by a Tripoli court was quashed  by the Tobruk government with in mind, probably, allowing him to play a major political role in the future Libya.

On this particular point Hanne Nabintu Herland writes in the Foreign Policy Journal of February 10, 2017:

“President Trump has a golden moment in history to breach some of the terrible reputation the US now have all over the globe, as US war-mongering and ruthless foreign policy has caused unspeakable damage to millions of innocent civilians, traumatized by loss and bitterness, outside the US’s own borders. It is obvious that the Trump administration aims to team up with more moderate forces in the Middle East. When Gaddafi was in the US, it was Trump property he placed his tent on. Repeatedly Trump admits that “getting rid of” Gaddafi was a big mistake, stating that Libya would be a 100 % better country if Gaddafi had not been killed, Sources now state that more than one million Gaddafi supporters live in Egypt, waiting to return to Libya, and around 300,000 in Tunisia.”

She goes on further to say:

“Peace in Libya would for certain award the US President a great name as a peace broker in history. The solution to the Libyan crisis is to support the Green movement and The Popular Front for the Liberation of Libya, now nationally unified behind London School of Economics-educated Saif al-Islam Gaddafi. The push is for equality, prosperity and stability, away from division, exclusion and marginalization—the reunification of the Libyan people under one democratic, tribal-backed leader. The development will be most interesting to follow in the months to come.”

Consequently the Zintans have not only freed the son of Muammar Qaddafi but they have, also, given him, with other tribes, allegiance to become the next leader of Libya. This is undoubtedly an apologetic gesture to the Qaddafi era during which Libya was stable internally, feared internationally and economically prospering at home and elsewhere. Now the Libyan have to struggle to get their daily bread and their lives are constantly in danger.

As of now the actual drama of Libya is that there are too many chiefs and too few Indians and these presumed chiefs have egos bigger than their intelligence or horse sense or even Libya itself. So, in many ways their conceited personalities use their positions of leadership for personal satisfaction and the country’s interest comes in secondary position. That is why the actual chaos and dysfunction of this country continues crescendo. It seems that personal feuds take precedence over political differences and national interest.

So, in many ways all the present factions in Libya are currently reacting to each other’s moves in a tribal manner, which is an innate impulse. Hardly anyone thinks of Libya as a country, for the time being. Under Qaddafi, it was a country because he had megalomaniac designs at the Arab, Islamic, African and international levels.

A proof of that is that many factions, militias or tribes are trying to make money for themselves from selling oil or perceiving high passage tax from African economic immigrants who want to use the Libyan soil as a stepping stone to go to the European Eldorado. So the Libyans in their majority think region or rather tribe more than country and nation, and, indeed, each region/tribe has its own militia to protect it and nobody trusts the national army or police force, if they really exist.

In this charged atmosphere, the underlying narrative is twofold and it is purely tribal, alas:

In other words maybe the concept of Libya is recognized, for the moment, in a general loose way, but regional interest comes first and always first even among the Islamists among which the term Ummah “nation of believers” is supposed to take precedence over any other social gathering. The various Islamist militias in the country have not been able to rally under the banner of Islam; as it were, instead each one is fighting its own war for its own interests and gains in the name of Allah, of course.

In the recent history of Libya only three political institutions have been able to unite the Libyans, whose underlying tribalism is much stronger and far-reaching than nation-state feelings: 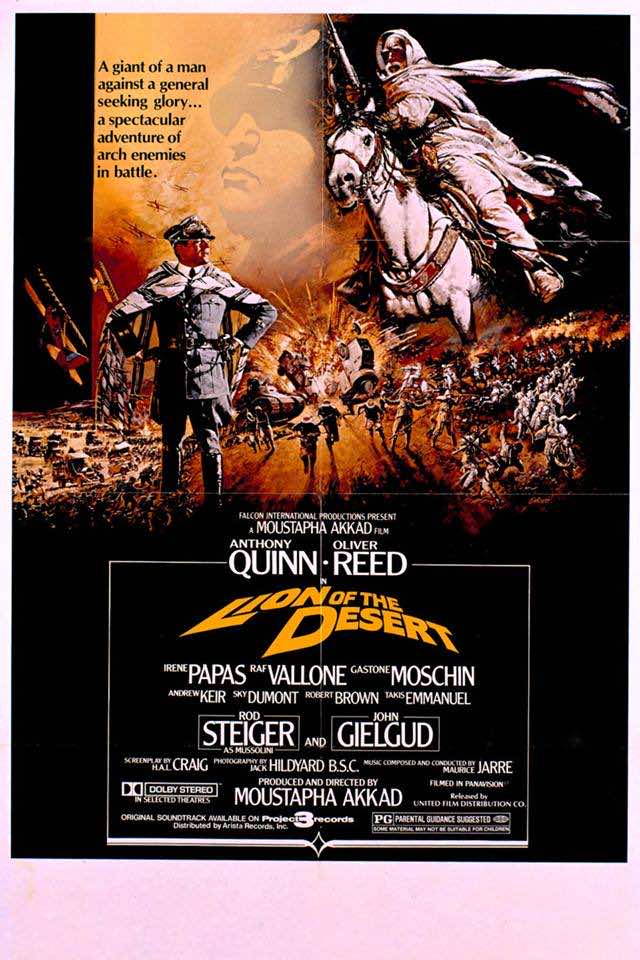 So what now?: Libyan to Libyan dialogue in Libya

Libya is seriously facing disintegration into three taifa-type states; Tripoli, Tobruk, and Zintan and, maybe, even more. So far the Libyans have been relying on external parties to unite them: Washington, Brussels, Rabat, Algiers, Cairo, UN etc., to no avail because of their underlying underage behavior and their pig-headedness. Somehow these countries have given up on them, for now, in spite of the wealth of the country and various business opportunities.

Consequently, the Libyans have to rely on themselves. First they have to set up a National Salvation Council made of elder politicians of all regions and political tendencies to organize and hold a National Libyan Dialogue to come up with a National Salvation Government, whose first action is to put together a genuine army and police force that will be entrusted with disarming the militias and organizing municipal and legislative elections, thereafter.

Libya is an oil-rich country, it has a small population (6.278 million (2015) according to the World Bank). So it has the means to feed its entire population if the wealth is shared equally outside of any tribalism and personal interest.

What the Libyans need now urgently is: Libyan to Libyan dialogue in Libya.

Would they heed this piece of advice? Only time will show.

Taifa, Arabic ???ifah, plural ?aw??if, a faction or party, as applied to the followers of any of the petty kings who appeared in Muslim Spain in a period of great political fragmentation early in the 11th century after the dissolution of the central authority of the Umayyad caliphate of Córdoba. After the dictatorship of al-Mu?affar (reigned 1002–08), civil war reduced the caliphate to a puppet institution and allowed the various taifas to establish themselves in independent and short-lived kingdoms throughout the Iberian Peninsula. There were at least 23 such states between 1009 and their final conquest by the Almoravids of North Africa in 1091. Thus, the Berbers counted in their party the Af?asids of Badajoz, the Dh? al-N?nids of Toledo, and the ?amm?dids of Málaga, who briefly helped the Córdoban caliphate. The Andalusians, or Hispano-Arabs, were represented by the ?Abb?dids of Sevilla (Seville), the Jahwarids of Córdoba, and the H?dids of Zaragoza. The ?aq?libah (Slav mercenaries) did not form dynasties but created such kingdoms as Tortosa, Denia, and Valencia.