Toronto - Thousands of Palestinians took to the streets in the occupied West Bank Monday in a show of solidarity taking the form of a series of rallies, protests and vigils recounting the day in 1948, when the Israeli occupation descended, forcefully removing approximately 750,000 of them from their ancestral homes. 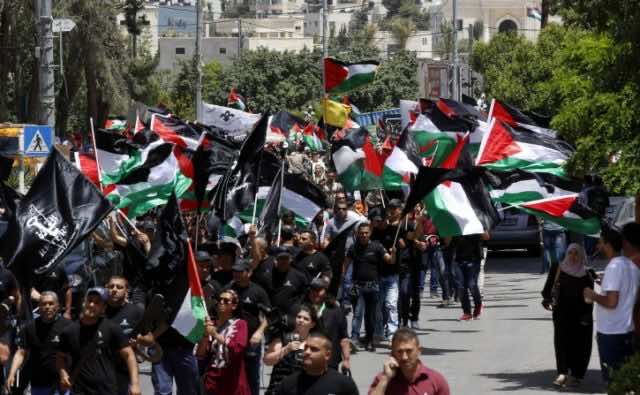 By
Constance Renton
-
Constance graduated from the Television and Radio Broadcasting Program at Canadore College in 1983.
May 15, 2017
Spread the love

Toronto – Thousands of Palestinians took to the streets in the occupied West Bank Monday in a show of solidarity taking the form of a series of rallies, protests and vigils recounting the day in 1948, when the Israeli occupation descended, forcefully removing approximately 750,000 of them from their ancestral homes.

One people’s Independence Day is another’s “day of catastrophe.” Such is the case with Nakba Day, acknowledged every year by Palestinians as the day their occupation began, while Israelis simultaneously celebrate their “Independence Day.”

Many Palestinians held hand-fashioned keys to mark the day when their lost their homes in a purge that destroyed more than 500 villages and towns. Sirens wailed as if to echo the collective heartbreak of a besieged people.

This 69th Nakba Day also marked the 29th day of an ongoing hunger strike on the part of 1500 Palestinian prisoners held in Israel jails. Their leader, Marwan Barghouti, encouraged Palestinians to mark the day with acts of civil disobedience.

Hoping to curtail such occurrences, the Israeli government passed the “Nakba Law” in 2011. Under the law, Israel can withdraw funding to any organization or institution which publicly recognizes Nakba Day and/or fails to recognize Israel as a state.

Many of Monday’s protestors are family members of the striking prisoners. One father spoke of his son, political prisoner, MajdZiadeh, in an interview with Al Jazeera; “My son and the other political prisoners are only fighting for freedom. We are people like everyone else; we have mothers, we have colour in our eyes, we love. But unlike other people, we don’t have a homeland.”

In an act of defiance, seasoned Palestinian negotiator Saeb Erekat, issued a statement demanding an official apology from Israel for their continued occupation. In it he said, “Our nation marking 69 years of the Nakba, our national catastrophe, is symbolised in our exile and the systematic denial of our rights.”

As for Hamas, they organized a mass march in the Gaza Strip to mark the anniversary, as well as mark support for the striking prisoners.

At the beginning of May, the organization, labelled as terrorist by Israel, issued a supplemental policy amendment to their 1988 charter. The document represented a softening of the official Hamas stance regarding Israel, while falling short of recognizing Israel as a state.

Tabled by exiled leader, Khaled Meshaal, on May 1st, he hoped it would inspire the US to “act with more seriousness on the Palestinian cause and change its misconceptions about the Palestinian people.”

Israel’s immediate reaction to the new policy was to declare it a blatant attempt by Hamas to “fool the world.”

The statement continued, “If some people have forgotten our cause, we say that we haven’t forgotten and the occupation will be forced out of our land soon, God willing, and Palestine will stay Islamic and Arab.” 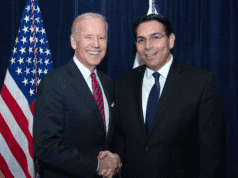