Rabat - Following intense competition between Real Madrid and Barcelona over La Liga's trophy, Los Blancos has managed to win the title in today's game against Malaga. 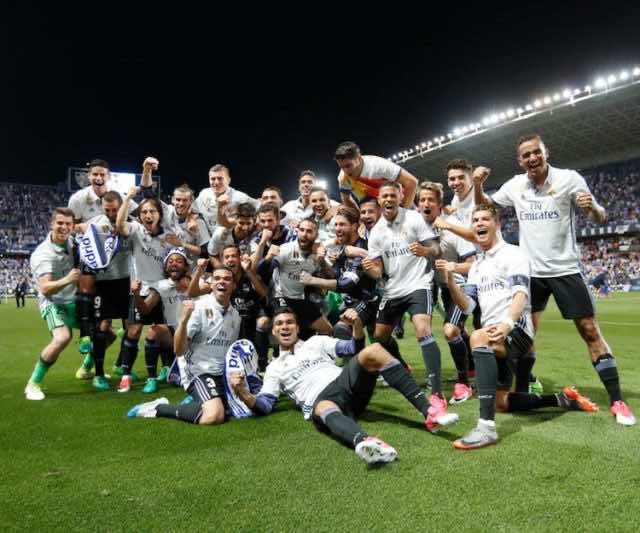 Rabat – Following intense competition between Real Madrid and Barcelona over La Liga’s trophy, Los Blancos has managed to win the title in today’s game against Malaga.

Real Madrid forwards, Cristiano Ronaldo and Karim Benzema secured the lead as they guided Real Madrid to a win for the title.

Superstar, Cristiano Ronaldo, scored the first goal for his club two minutes into the game. Frenchman, Benzema built on the early lead by scoring a second goal at the 55-minute mark.

In the process of winning today’s match, Real Madrid has also qualified for the Champions League final game with Juventus, scheduled to take place on June 2 in Italy.

Rival Barcelona also beat their opponent Sunday, SD Eibar, registering a 4-2 victory. The win, however, was not sufficient for the Catalans to steal the title from their rival.