Fez - King Mohammed VI reopened six renovated historical madrasas in the city of Fez on Tuesday, as well as the the library of Al-Qarawiyyin, the world's oldest continually-operating library. 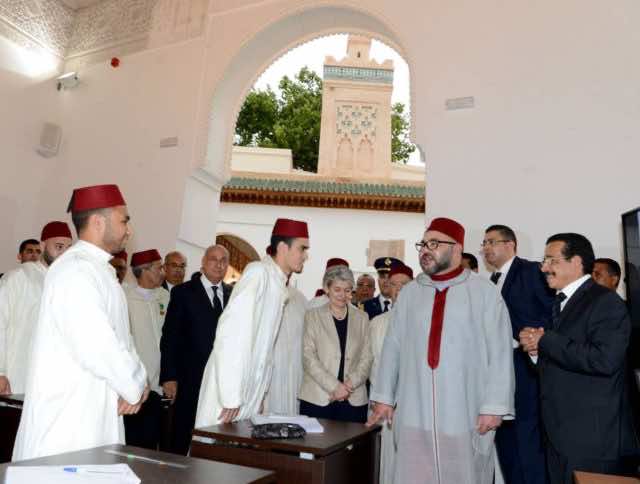 Fez – King Mohammed VI reopened six renovated historical madrasas in the city of Fez on Tuesday, as well as the the library of Al-Qarawiyyin, the world’s oldest continually-operating library.

The renovated madrasas will accommodate up to 105 students and teachers of two newly introduced subjects, Islamic calligraphy and Al Alamiya Al U’lya, a five-year curriculum teaching religion students foreign and ancient languages such as English, French, Hebrew, Greek and Latin.

The new curriculum is part of the Kingdom’s greater strategy to combat extremism, promoting religious tolerance and preserving Morocco’s religious model as a moderate Islamic country.

“The graduates of these schools will help keep Morocco and its people spiritually immune against threats from the outside, especially the threat of ignorance and extremism”, Ahmed Toufik, Minister of Endowments and Islamic Affairs, told the Moroccan state press agency. 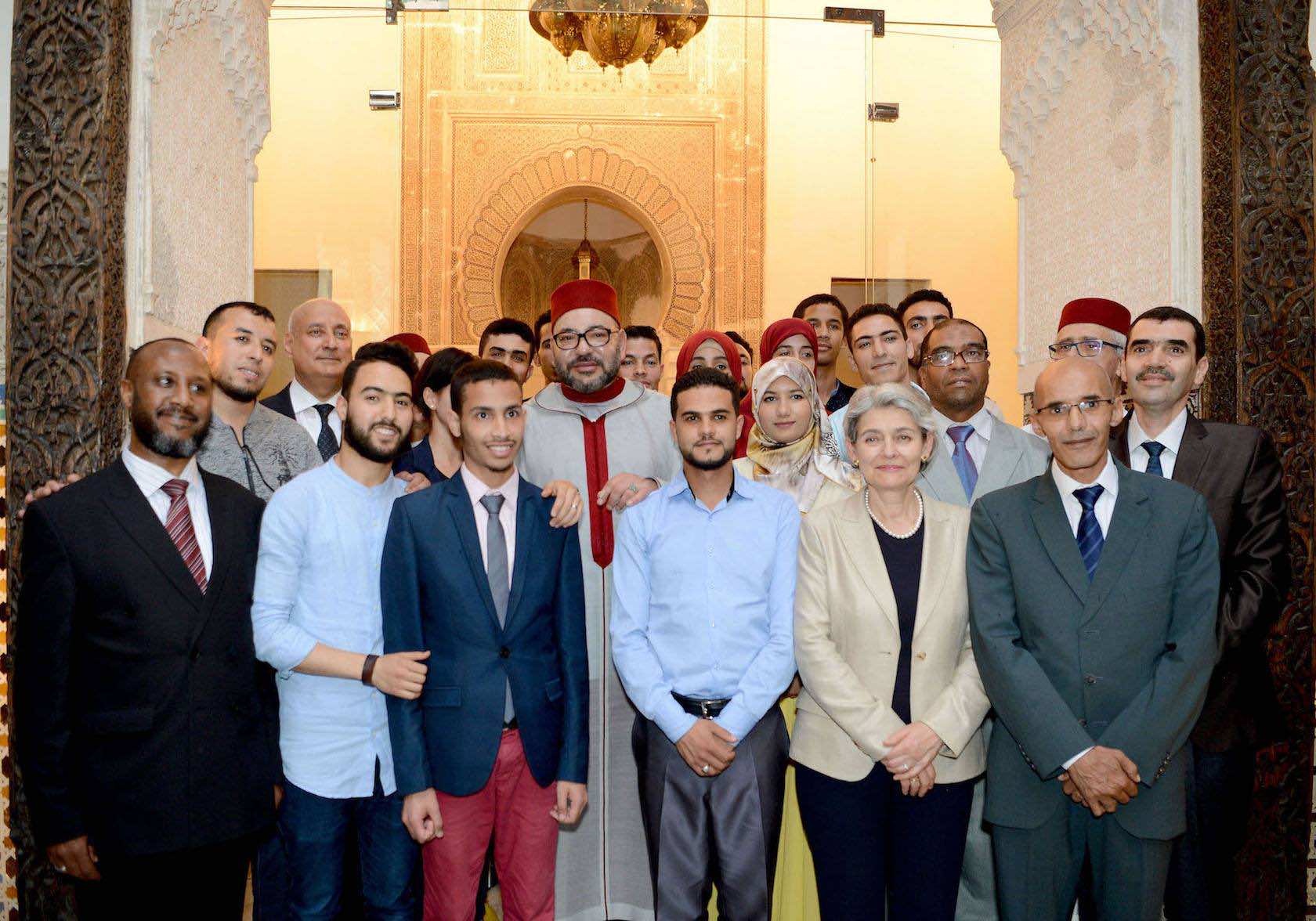 Toufik said that these madrasas have been restructured to meet the requirements of today’s world in the training of students of religion.

The accommodation of students a continuity of the role these schools assumed in the past, the minister explained, adding that that these renovated historical monuments  show the world the legacy of Morocco’s rulers.

The inauguration took place during an official ceremony presided by King Mohammed VI. The renovation of the madrasas and the library has been part of a larger rehabilitation program of the old city of Fez, Morocco’s “Spiritual City.” 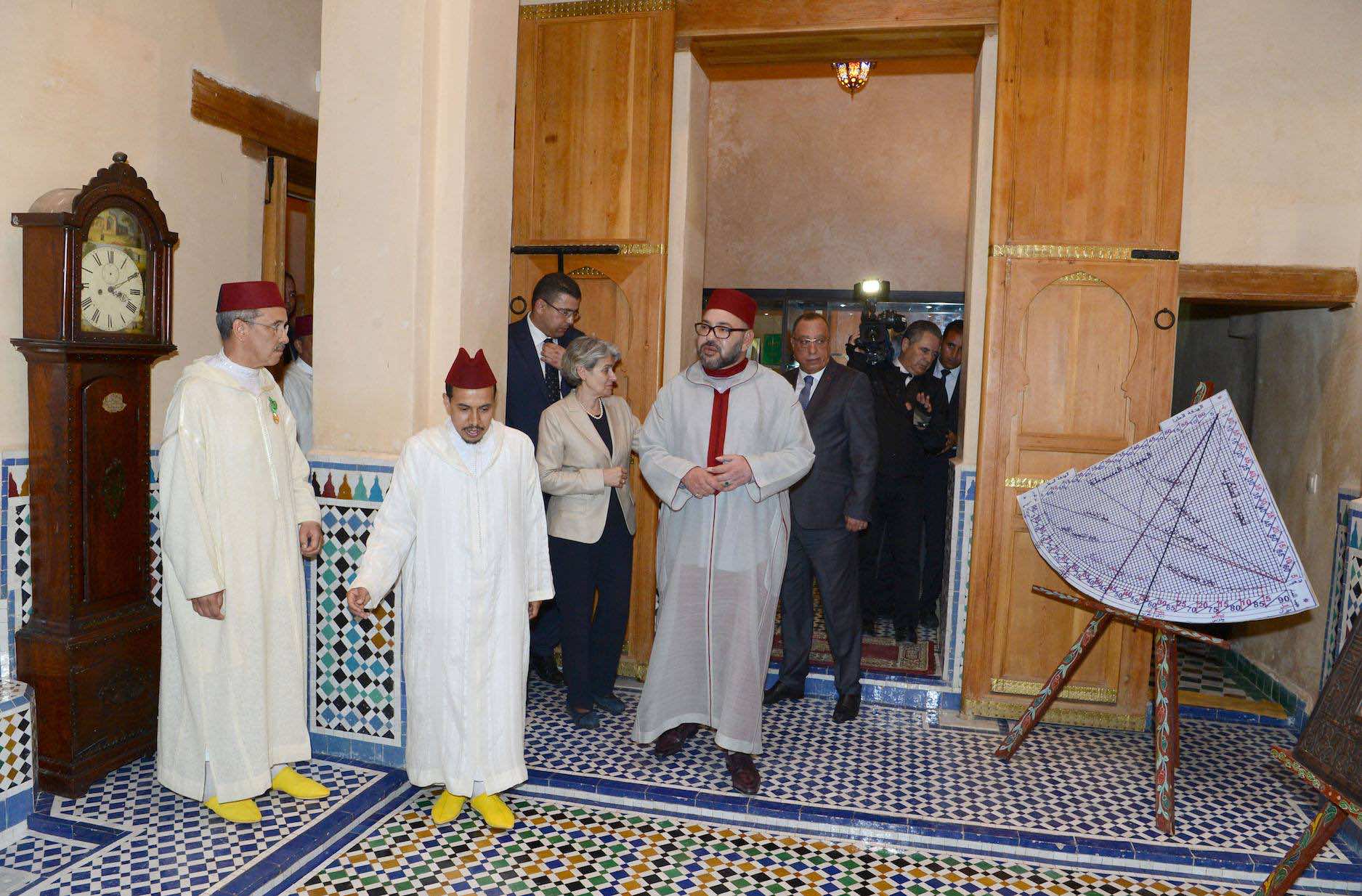 The ceremony was attended by director-general of the United Nations Educational, Scientific and Cultural Organization (UNESCO), Irina Bokova, director-general of the Islamic Educational, Scientific and Cultural Organization (ISESCO), Abdulaziz Othman Altwaijri, as well as the King’s advisors, members of the government and several high-ranking officials.

MAD 43 million and three years of work have been dedicated to give a new look to the city’s old madrasas, one that has retained their integrity. 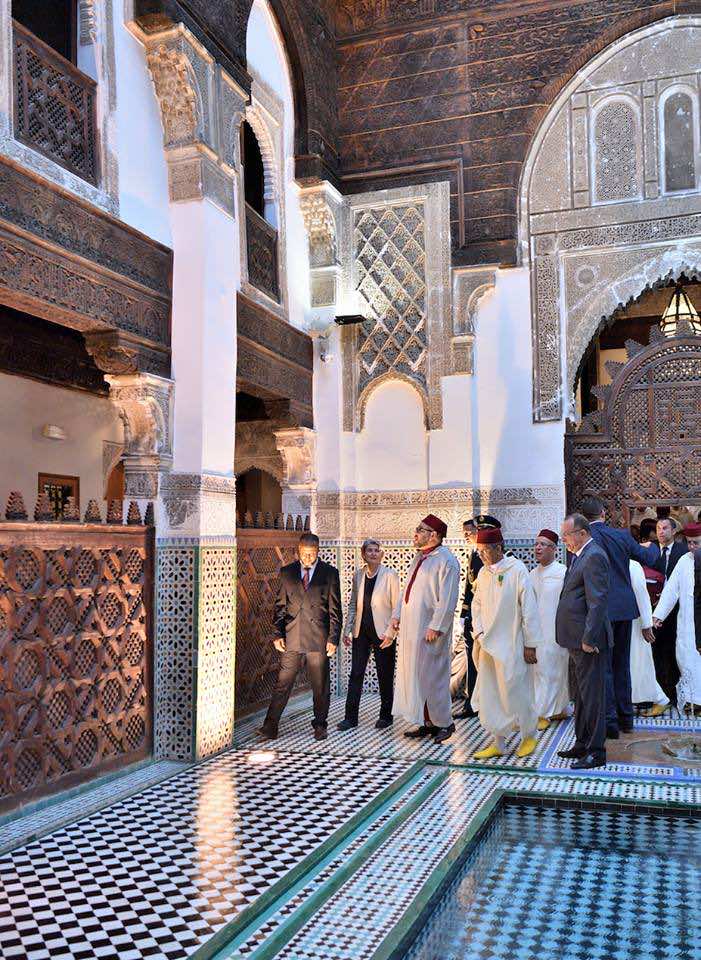 In addition to renovated madrasas, the city’s traditional crafts market, Kissariat Al Kifah, is due to reopen as well before the end of the month.Fouad Serrhini, the Director-General of the Agency for the Development and Rehabilitation of the Medina of Fez (ADER), pointed out in a speech at the reopening ceremony, the richness and diversity of the Fez medina, home to more than 30,000 craftsmen, made it the first Moroccan site classified as a World Heritage in 1981.

During the official reopening of the madrasas, the King walked through old Fez, meeting with shop owners and shaking hands with residents. 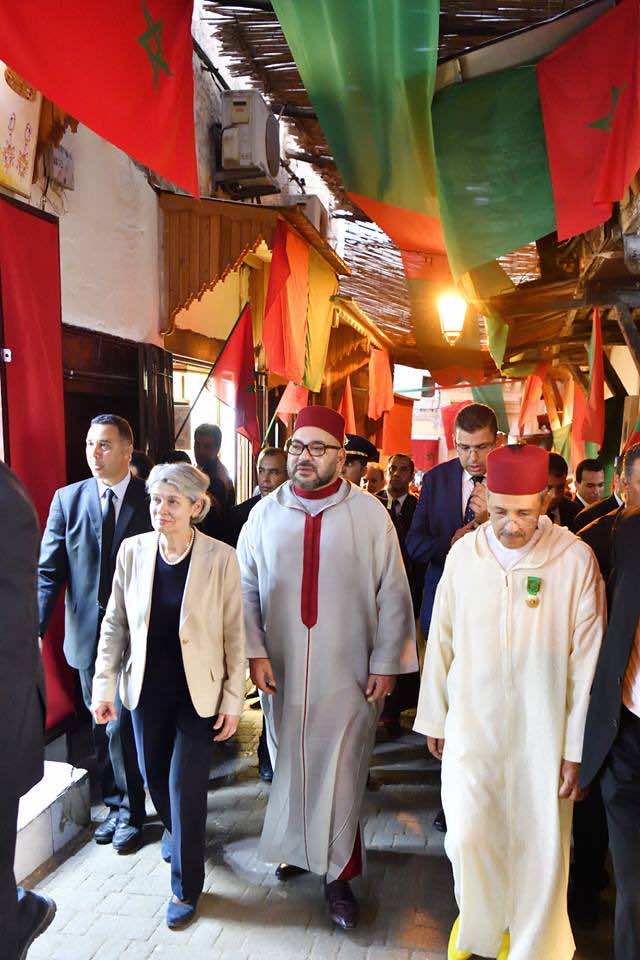 He visited the Medersa Mohammadia, built by his grandfather, the late King Mohammed V, and other reopened schools where he talked with students and listen to explanations about their renovations and curricula.

He also visited Dar Al Mouaqqit, another renovated historical site which serves as an observatory for astronomers in charge of sighting the lunar crescent and the establishing prayer schedules.

For centuries Fez had been a global center for Islamic knowledge, home to Al-Qarawiyyin University and other madrasas, including the Madrassa Mohammedia, Madrassa Sahrij, the Seffarine and the Bouaanania.

But, as time went by, these madrasas, some of which date back to the 13th century, deteriorated and had to be closed. With their renovation and reopening, they will assume again their former role in keeping the lamp of Islamic knowledge burning at a time when it is most needed. 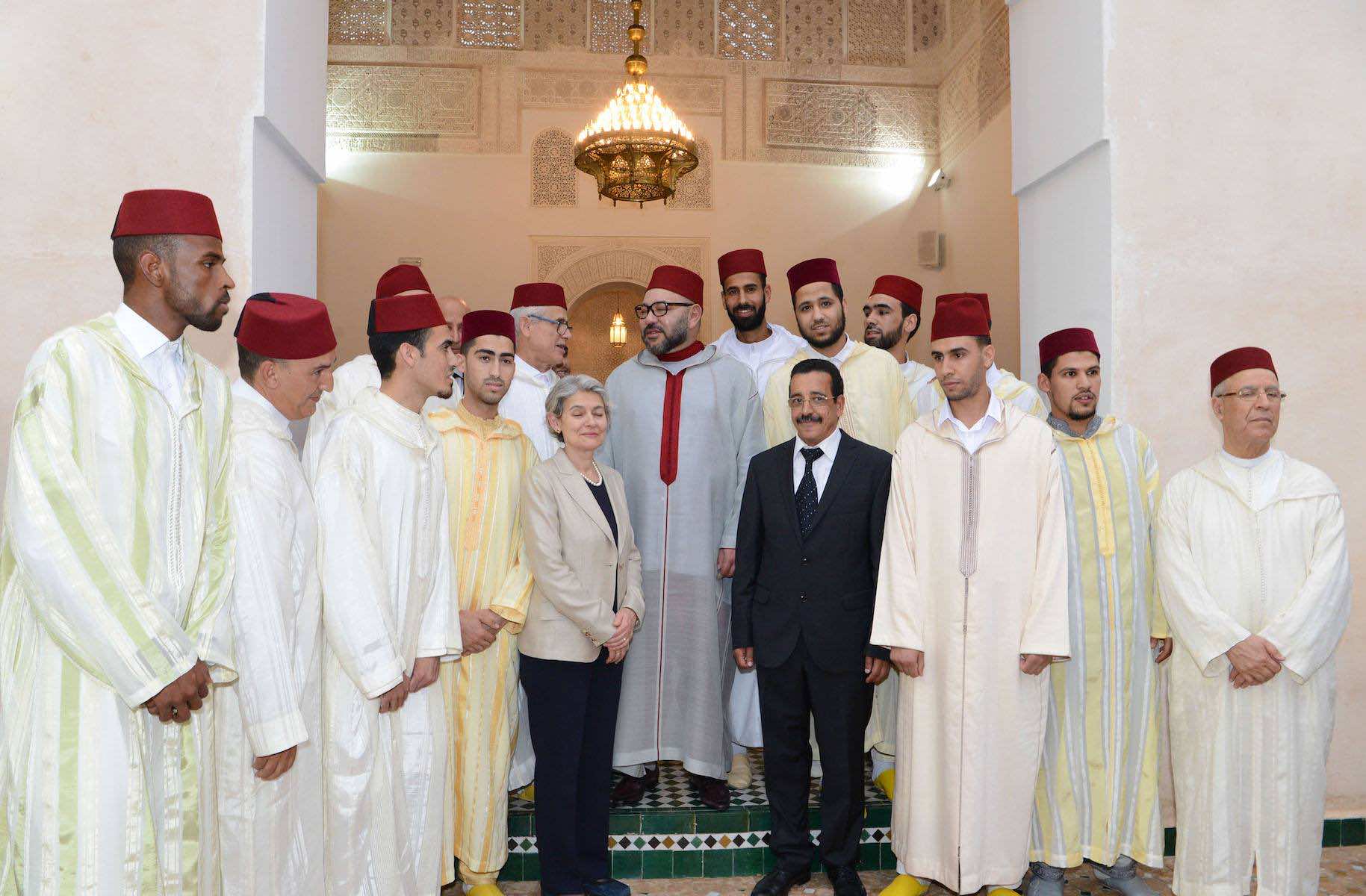 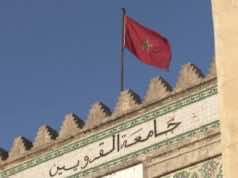