New York - Morocco was elected unanimously on Wednesday 31 as Vice President of the United Nations’ General Assembly, set to take effect between September 2017 and September 2018. 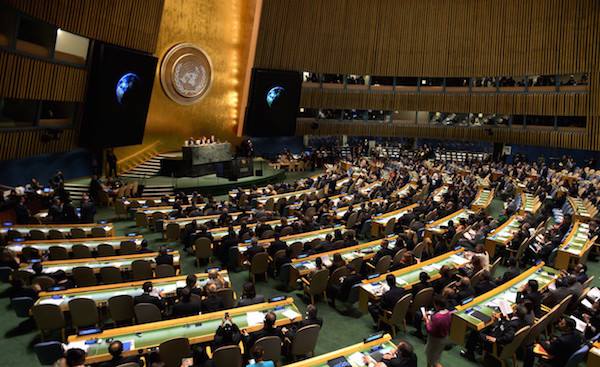 New York – Morocco was elected unanimously on Wednesday 31 as Vice President of the United Nations’ General Assembly, set to take effect between September 2017 and September 2018.

The African Group in New York, along with Gabon, Ghana, Liberia, Madagascar and Zimbabwe, all endorsed Morocco in this vote.

Prior to the election of Morocco in this position, Miroslav Lajcak, Minister of Foreign Affairs of Slovakia, was elected President of the General Assembly.

Miroslav Lajcak will head the Vice Presidents and the Presidents of the six main committees and the five permanent members of the Security Council, constituting the General Committee. This will direct the work of the General Assembly.

Omar Hilale, the Ambassador of Morocco to the United Nations, chaired the third commission of the 69th session of the UN General Assembly before the election of Morocco as Vice President of the Assembly.

The UN General Assembly deals with issues related to human rights, as well as social, cultural, and humanitarian affairs.