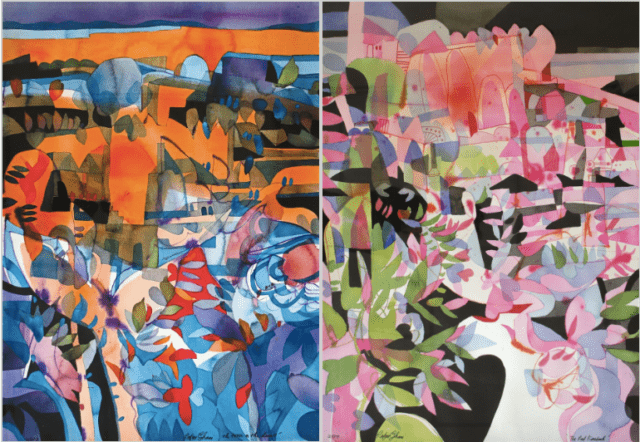 By
Erin Dunne
-
Erin Dunne graduated Phi Beta Kappa from the University of Michigan in the United States where she majored in History, French and International Studies.
Jun 6, 2017
Spread the love

Rafiee, a veteran visual artist based in Malaysia, has frequently been inspired by his travels. Indeed, Adventures in Wonderland catalogues the places he visited during a month-long solo trip in Morocco.

Morocco and North Africa has been a recurring theme in Rafiee’s work. His first trip to Morocco was in 1986 and was inspired by the works of Matisse and Paul Klee who had also visited North Africa says the artist. Since then, he has returned twice to Morocco and also traveled elsewhere in North Africa.

In an interview with Star 2, Rafiee explained his attraction to painting Moroccan landscapes: “In the morning and the evening, the houses are very colorful. They are made of red clay, so sometimes you get very brilliant orange colors in the sunset.”

The new exhibit features 15 abstract water colors that are notable for vivid colors, complexity and an expression of the cheerful vibrancy of life.

One painting entitled Medina is a standout. The watercolor conveys the maze-like streets, high walls and the patchwork of life. To Rafiee, “the medina is the vibe, the heart of the city. You can hear people cooking, people shouting at each other, kids fighting… it’s like a melting pot of the local culture.”

Other paintings in the exhibition depict the ancient Kasbah’s that dot the country and the Sahara night sky.

Rafiee remains inspired by his time in Morocco. In addition to planning another trip, he is planning a new book that will contain sketches and photographs from his trip that will be released in November.

Adventures in Wonderland runs from May 17th to June 20th at the Vallette Gallery in Kuala Lumpur, Malaysia.