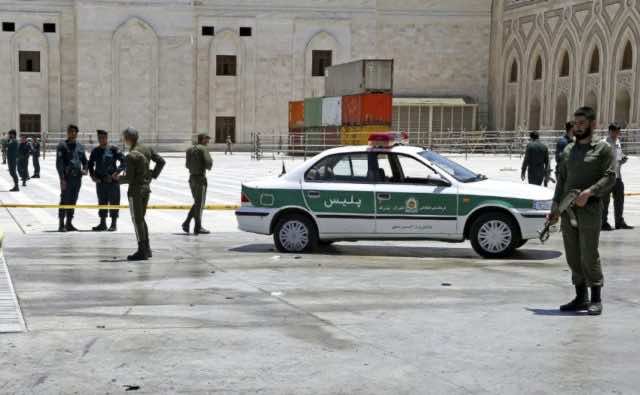 Rabat – At least 12 people were killed and 39 wounded in two attacks targeting the parliament and the mausoleum  of Ayatollah Khomeini in Tehran.

At the parliament building shots were exchanged with police forces and one attacker reportedly detonated his explosive belt resulting in a wave of terror inside and outside of the parliament. “I was inside the parliament when shooting happened. Everyone was shocked and scared. I saw two men shooting randomly,” a journalist at scene told Reuters.

In remarks broadcast on state television, Mohammad Hossein Zolfaghari, the Iranian interior minister, said that the attackers gained access to the parliament by dressing as women.

The Iranian Radio and Television Commission reported that the parliament shooting ended with the killing of four attackers.

A second attack targeted the mausoleum of Ayatollah Ruhollah Khomein. According to the Islamic Republic News Agency (IRNA), a bomb was detonated by an attacker outside the shrine, and security forces responded with gunfire killing the attacker.  That assault took place shortly after shots were fired at the parliament building.

The Intelligence ministry of the Islamic Republic declared that they had arrested a third team planning to attack the capital.