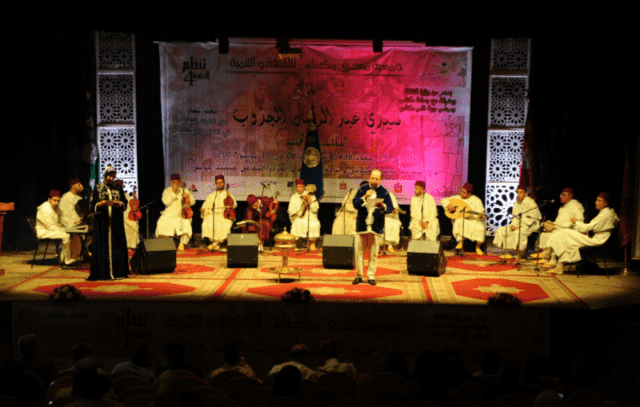 Rabat – Sidi Abderrahmane El-Majdoub Festival has opened its 4th edition from  June 6 to 10.

The festival is hosted by the Association of the Meknes Forum for Culture and Development during every Ramadan, since 2013. It is intended to contribute to the cultural revitalization of the city of Meknes.

The Forum aims to create a space for communication between various artists, young and old, in order to refine their talents and preserve the Morocco’s ancient heritage.

This year’s edition of the festival honored the Moroccan journalist and poet Abdellatif Benyahya for his outstanding career, in the presence of a large audience that included many local intellectuals.

During the ceremony honoring Benyahya, Mohamed Ramsis delivered a speech in which he described Benyahya as “a unique voice, a poet who writes his poetry with surgeon-like precision and with the passion of a lover, his poetic language fights all the laws of nature.”

Mohammed El Medaghri, Director of Abderrahmane El-Majdoub Festival, said that it is an honor for the association that the title of this year’s edition of the festival is linked with one of the Moroccan audiovisual media’s iconic figures.

Abderrahim El-Bartie, the regional director of the directorate of the Ministry of Culture, said that Sidi Abderrahmane El-Majdoub Festival of Word and Wisdom, which celebrates the creativity of artists, represents the general cultural atmosphere of Meknes.

The festival also showcased Moroccan Zajal and other musical performances throughout the city, thereby granting space for the oral heritage of the country.

Born into a Berber family in the 16th century, Abderrahmane El-Majdoub was a famous Moroccan poet and Sufi. He was educated first in the city of Meknes and then moved to Fes.

Abderrahmane El-Majdoub entered Sufism at a young age. He traveled across the country to preach and guide the people of the country. He was known for his Sufi pilgrimages and the fact that he advised people to adhere to religion and morals, as well as his call for and resistance to the occupation of several Moroccan cities by the Portuguese. 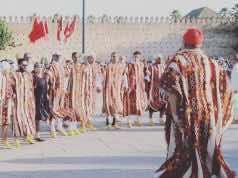 Moroccan Zajal Poetry to Be Recognized and Honored in Marrakesh