Scholarships were awarded to 770 students – 220 were merit scholarships, and 550 were based on financial need.

The English-language university has a yearly budget of MAD 290 million for scholarships. The state contributes 8 percent of this budget, while 52 percent is comprised of tuition fees.

Scholarships have been given out since the school’s opening in 1995, with the aim of helping students attain pursue their education regardless of financial situation.

Based on the United States’ liberal arts system, the university has an average class size of 19 students, with one teacher for every 14 students.

The 2016 QS University Rankings showed that Al Akhawayn University was the best in the kingdom. Université Mohammed V of Agdal came second and Université Hassan II of Casablanca came third. 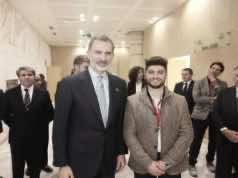