Rabat - La Fédération de la guache démocratique (FGD), a coalition of three left-wing political parties known for their anti-government stances and criticism of the monarchy, has decided to end its coordination with the banned Islamist group Jamaat Al Adl wa-Al Ihsane (Group of Justice and Charity).

Rabat – La Fédération de la guache démocratique (FGD), a coalition of three left-wing political parties known for their anti-government stances and criticism of the monarchy, has decided to end its coordination with the banned Islamist group Jamaat Al Adl wa-Al Ihsane (Group of Justice and Charity).

The ongoing mass protests in the city of Al Hoceima and nearby towns, where tension remains high between the state and the local population amid an eight-month stalemate, brought the FGD and Al Adl wa-Al Ihsane together.

The Justice and Charity group came in full support of the protests. The Jamaa is seen as the biggest Islamist movement in Morocco. But, unlike their counterparts in the pro-monarchy Justice and Development Party (PJD), which which currently leads the government, Al Adl wa-Al Ihsane remains strongly opposed to monarchical rule.

“We respect Al Adl wa-Al Ihsane but their religiously political line has nothing to do with our leanings,” Abdelatif El Youssfi, member of the Parti socialiste unifié (PSU), one of the FGD parties, told TelQuel. “We have diverging society projects. This is why we instructed our members to cease any coordination with them.”

The monarchy is another subject of discord between the two formations. Though FGD usually criticizes the King’s policies, the left-wing coalition does not share the Islamist group’s staunch rejection of the monarch.

“We believe in a parliamentary monarchy. It’s still not clear what they believe in, which means we don’t agree on the basics. I don’t see why we would cooperate,” said El Youssfi.

Al Ald-wa Al Ihsane was founded in the 1980s by Abdessalam Yassin, a former teacher and the late spiritual guide of the group, with the basic goal of establishing “Khlifah”, the same utopian dream that several Islamist groups have been nourishing for decades.

To date, the Jamaa has not given up on this goal. Yet, it taunted the monarchy on previous occasions by advocating for a republican political system in Morocco. Such cunning moves were seen as mere tactics by a movement known for its pragmatic choices.

In 2011, during the Arab Spring protests in Morocco, the group was very active in the pro-democracy 20 February Movement but abstained from taking center stage, even though its members far outnumbered those of left-wing parties. As the movement started losing momentum, partly because the King promised a set of reforms including a new institution, the Jamaa pulled back.

That decision is still a reminder today that Al Adl wa-Al Ihsane might be a reliable partner.

“Breaking up the coordination with Al Adl is not an isolated decision. It certainly echoes our past experience with them inside the 20 February Movement,” said El Youssfi. 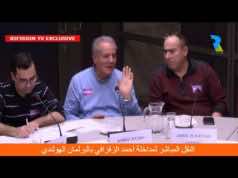